Raiders defense rebuilt for 2021 – what expectations should we have? 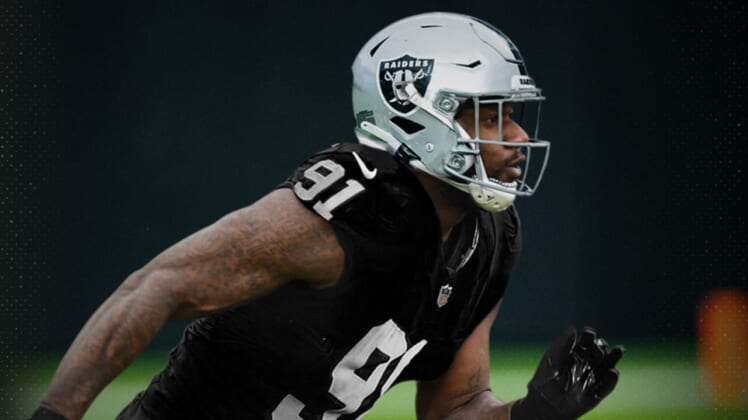 The Las Vegas Raiders defense in 2021 will be under a microscope as the franchise spent significant time and money revamping the unit after a disastrous 2020 season.

While the Raiders have often found themselves closer to the bottom of the standings for the greater part of the past two decades, their offense has actually been among the better units in the league in recent years. Derek Carr and company have been able to move the ball and put points up on the scoreboard, even if they do have a tendency to turn the ball over and fail to convert red zone opportunities. It’s the Raiders defense that has continually been the proverbial thorn in the franchise’s side.

It’s been the Raiders defense that has struggled having failed to field a solid unit in recent years. The offense has been playoff-caliber, the defense has been reminiscent of a team that is picking in the top five of the NFL Draft every year. It’s been an issue that the Raiders have struggled to solve.

This year, the Raiders fired their defensive coordinator and hired Gus Bradley to take over. Bradley has been the architect behind some of the better defensive units in the NFL such as the “Legion of Boom” with the Seattle Seahawks of the early 2010s.

The hope is that Bradley can turn things around with the help of a few new players. A good defense might actually result in a playoff birth for the Raiders – their first since 2016. But how good can we expect this Raiders’ defense to be? Let’s take a look at each level of the defense and see what has changed since last year.

Raiders defense up front gets all new look

Getting to the quarterback has been an issue for the Raiders but the defensive line has been rebuilt with pass-rushing in mind. Yannick Ngakoue was the team’s large splash in free agency and he’s been one of the most consistent sack machines ever since he entered the league.

He will line up alongside Maxx Crosby, one of the Raiders’ best draft selections over the past few years. The two should help the Raiders put some pressure on the quarterback. Gerald McCoy is a defensive tackle that is being given a chance to revive his career with the Raiders. Early returns look promising though it remains to be seen how preseason success will translate to the regular season.

Former top-five overall selection Clelin Ferrell will be a part of the rotation on this Raiders defense as well. He will likely get more usage on obvious running downs. Overall, the defensive line is much improved and might actually allow the Raiders defense to create some pressure while only sending four.

If there’s one position group on the Raiders defense that has been hit hard by injuries it’s the linebacking core. Nicolas Morrow got injured during a joint practice with the Rams and then Javin White went down during a preseason game. Those were tough losses for an already weak position group.

There are talented players among the linebackers. Nick Kwiatkoski and Cory Littleton were both brought in the last offseason but largely failed to live up to expectations. The hope is that Gus Bradley can put them in better positions to succeed and they can have a better season than the last.

Bradley has the two playing simpler football and hopes that Littleton can make another Pro Bowl, just as he did in 2018. There are definitely question marks around the linebacker group but the talent is there, it’s just about maximizing it.

The youngest position group on the Raiders defense, the secondary will need big performances from inexperienced players to succeed. Damon Arnette had a tough rookie season which was made even tougher because of injuries. While Arnette doesn’t have the ideal build for Bradley’s system, the Raiders are hoping that he can overcome his short arms and have a bounceback season.

Jonathan Abram is another young player that has shown flashes of excellence but has struggled to put it all together for long periods of time. He will play a new role this year, similar to the one that Kam Chancellor played in Seattle, which will hopefully allow him to spend more time closer to the line of scrimmage and less time in coverage.

Rookie Nate Hobbs starred in the preseason and looks to be a lock at the slot corner position.

With all these young players on the Raiders defense, a veteran presence was needed and thus the Raiders went out and signed Casey Hayward Jr. While he was once among the best cornerbacks in the game, most people around the game would agree that he has lost a step. Despite the fact that he’s not at his physical peak, his experience might be enough to make up for it.