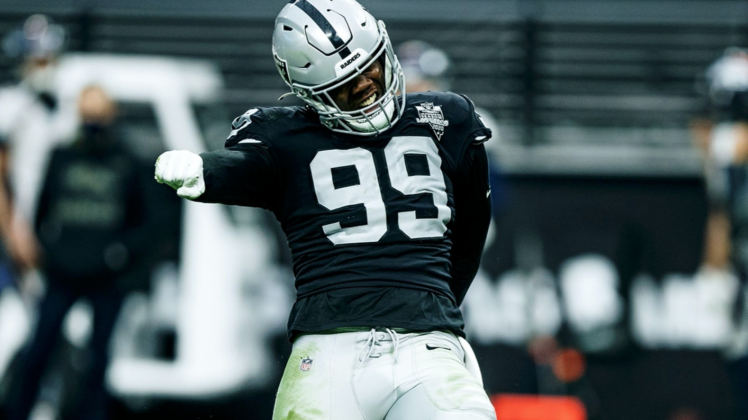 Just a few days before one of the biggest games of the season against the Kansas City Cheifs, a total of eight Raiders defenders are now on COVID/Reserve. The latest Raiders COVID outbreak broke on Wednesday.

During what should be an intense week of preparation before the Las Vegas Raiders host the division rival Kansas City Chiefs, the team was hit with the terrible news that six more of their starting defenders will be heading to the COVID-19 list. The Raiders COVID list continues to grow at the most inopportune time.

Ferrell is confirmed to have tested positive and thus anyone that is deemed to have come in close contact with him must be moved to the reserve list. Unfortunately for the Raiders, this includes all but a few starters and even some backups.

While the players should be able to play Sunday if they can test negative until that date, this makes it tough to gameplan for the most explosive offense in the league.

The Unfortunate Timing of the Incident

The Raiders are the only team that has beaten the Chiefs in over a year and considering the historic rivalry that exists between these two teams it was sure to be a great game. This was a chance for the Raiders to announce their arrival as true Super Bowl contenders and now preparation for the game will be heavily interrupted, throwing a wrench in the team’s plans.

The Raiders had to deal with a similar situation with their offensive line before their Week Six contest against the Tampa Bay Buccaneers and it resulted in a big loss. Preparation and practice reps are key in the NFL – especially for a young Raiders defense getting ready to face Patrick Mahomes, Tyreek Hill, and Travis Kelce – and losing this valuable time puts the team at a real disadvantage.

The Raiders have already doled out $1.2 million in COVID-related violation fines and were stripped of a sixth-round draft pick. There is no indication with this latest outbreak of any violations of NFL or team protocols by the players added today.