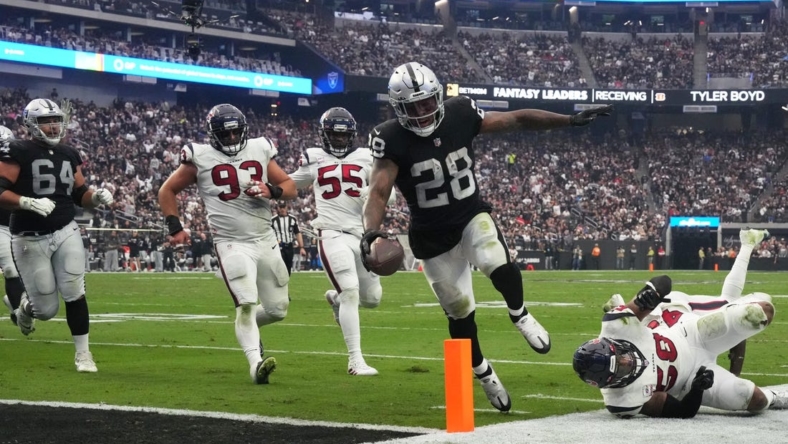 After seven games, the New Orleans Saints are still trying to figure out who they are.

Meanwhile, the resurgent Las Vegas Raiders seem to be figuring out their identity with ease, and they’ll look to continue to establish their culture when they visit the Saints on Sunday afternoon.

“It’s no secret we’re not where we want to be,” Saints linebacker Demario Davis said. “This wasn’t where any of us expected to be. And a lot of that is due to us not playing at the standard that we have.”

New Orleans has had five consecutive winning seasons. It barely missed the playoffs with a 9-8 record last season after winning the NFC South the previous four seasons.

But things have not gone well in the first season since head coach Sean Payton resigned and was replaced by former defensive coordinator Dennis Allen.

The Saints have been their own worst enemy at times, ranking last in the NFL in turnover differential. Opponents have scored four defensive touchdowns, including two interception returns for scores late in the second quarter of a 42-34 loss at Arizona last Sunday.

“Obviously, defensive touchdowns are kind of another level of a bad situation,” tackle James Hurst said. “We know we have to correct them.”

Allen said Andy Dalton will make his fifth consecutive start at quarterback even though Jameis Winston (back/ankle) was a full participant in practice Wednesday.

“Offensively, I feel like we’re in a little bit of a rhythm,” Allen said. “We’ve been moving the ball effectively, we’ve scored points. And so we’re gonna continue down that road with Andy as the quarterback.”

The Raiders have won two of their last three games and have averaged 33 points behind running back Josh Jacobs’ production during that span.

Las Vegas has rushed for 531 yards in the last three games, with the only loss in that stretch coming at Kansas City in a game that went down to the final seconds.

“We want to be a tough, physical team,” Raiders head coach Josh McDaniels said. “There’s no shortcut to that. … You can’t just say we’re going to be a tough team and then all of a sudden that happens. That’s all about work and you earn that. You earned the right to be a tough team with what you do during the week.”

Las Vegas ran for a total of 240 yards while losing its first three games. Overall, Jacobs is second in the NFL with 105.5 rushing yards per game and is averaging 5.7 yards per carry.

The Raiders made big headlines during the offseason when they acquired star receiver Davante Adams in a trade with Green Bay. Adams is seventh in the NFL in receiving yards per game (84.8) and tied for fourth in touchdown receptions (five), further enhancing opportunities for Jacobs.

“If teams want to give (Adams) attention, then Josh is going to be the happiest man on the planet,” quarterback Derek Carr said.