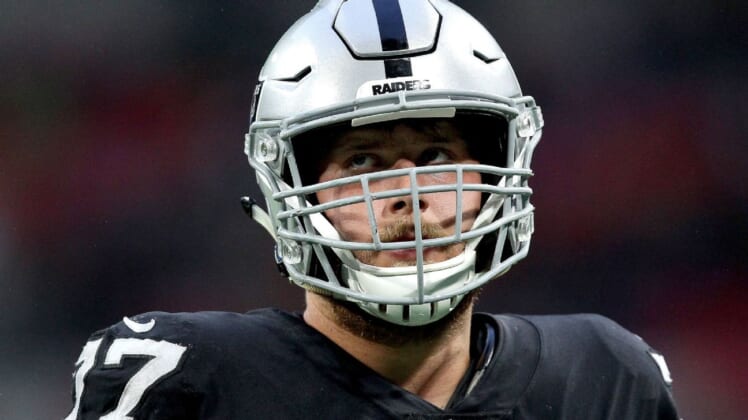 In our weekly look through the numbers, we dive in on statistics provided to the Silver and Black Today by our friends at Pro Football Focus.

Another week, another loss for Raider Nation. Unlike their spirited performance against the Steelers in Week 14, Oakland never seemed to click on the road against the Bengals. One step forward, two steps back seems a common theme for this rebuilding squad. Let’s look at the Pro Football Focus numbers and insights from this week’s game.

There have been moments where you see Kolton Miller play like a first-round draft pick, and then there’s the 80-percent of the time where he doesn’t. Miller has shown grit and determination playing through injury and challenges along the Raiders beat-up offensive line but the numbers aren’t good for his rookie campaign. According to PFF, Miller has allowed a league-high 14 sacks and 59 pressures in 2018. He’s also not good against the run. His PFF blocking grade of 44.8 ranks him 82nd amongst 83 tackles who qualify for the grade this year. Ouch. Still, there are flashes of brilliance so it’s still too early to evaluate him fully and the talent is there.

You have to feel for Derek Carr. He’s made great strides the past several weeks showing more confidence and comfort in Gruden’s offensive scheme. Carr now holds the longest active interception-less streak at nine games, throwing 292 passes with being picked. Against the Bengals though, he had little time and the pressure was non-stop. Carr was under pressure on 16 of 43 dropbacks and was sacked five times. According to PFF, Carr has been sacked on 27.6% of his dropbacks when pressured this season. That ranks third-highest of any quarterback so far this season. Carr earned an 85.7 passer rating against Cincinnati completing 21-of-38 passes for 263 yards and one touchdown.

PJ Hall has really come on the second half of the season for the Raiders. According to PFF, Hall earned a season-high 82.7 game grade with two pressures in 30 pass-rush snaps. His stellar play means his pass-rush grade and overall game grade place him third among all NFL rookie interior defenders through Sunday’s NFL action. Hall and fellow rookie Maurice Hurst have provided an increased inside presence for the Raiders even though the team struggles to bring down opposing quarterbacks. With some outside rush help in the draft, or free agency, the Oakland interior defense is progressing quite nicely.