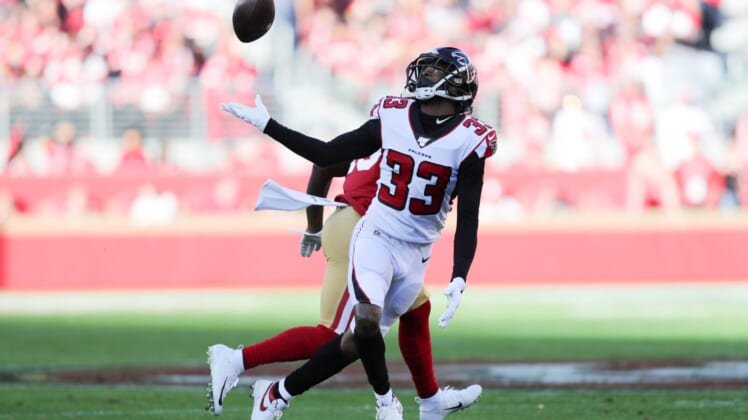 Blidi Wreh-Wilson spent the past five seasons with the Atlanta Falcons after being drafted in the third round (70th overall) by the Tennessee Titans in 2013. He saw action in 41 games as a Falcon and has 32 tackles (109 solo), four interceptions, 28 passes defended, and one forced fumble over the course of his time in Atlanta.

In 2020, Blidi Wreh-Wilson and appeared in a career-high 15 games with three interceptions with the Falcons.

Wreh-Wilson, who played collegiately at Connecticut, played in 46 games with 39 starts in four seasons posting 181 tackles, a half-sack, eight interceptions including two returned for touchdowns, and 27 passes defended.

The Raiders have been active in the free-agent market to bolster their 29th-ranked defense from a season ago. They signed veteran cornerback Casey Hayward, safety Karl Joseph, and drafted safety Trevon Moehrig from TCU and DB Divine Deablo from Virginia. They join last season’s first-round draft pick Damon Arnette, Trayvon Mullen, and Johnathan Abram in what should be a competitive group come training camp.