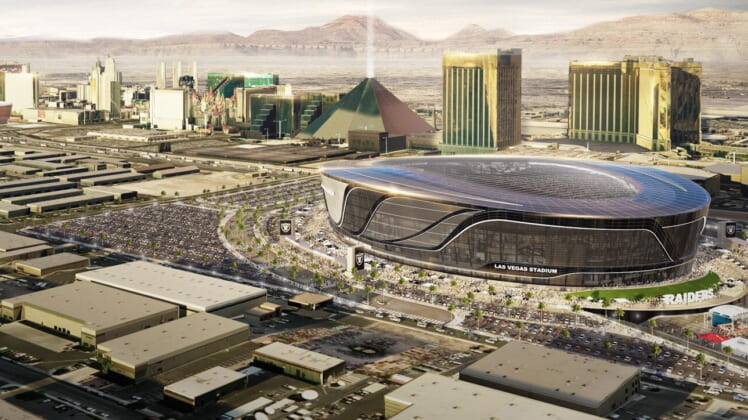 Some big news out of the Las Vegas Stadium Authority board meeting today from perhaps the briefest speaker.

In his roughly one minute and 57 second update of the team’s progress on the stadium project, Mark Badain reported to the board the team is now in the second round of bidding for the 2026 FIFA World Cup and has had discussions with the NFL about bidding on the 2019 or 2020 NFL Draft, and the 2024 or 2025 Super Bowl.

While the World Cup bid has been well documented, Badain will travel to Houston next week with LVSA Board Chairman Steve Hill for the next step of the process. Before getting too excited about Southern Nevada landing soccer’s biggest event, FIFA is considering 25 other cities currently.

Badain also informed the board that ongoing discussions with the NFL on bring the draft and Super Bowl to Las Vegas are “going well.”

With a new stadium on the horizon, and the NFL’s history of awarding the Super Bowl to teams with new stadiums, the news was big for the Raiders and Las Vegas.