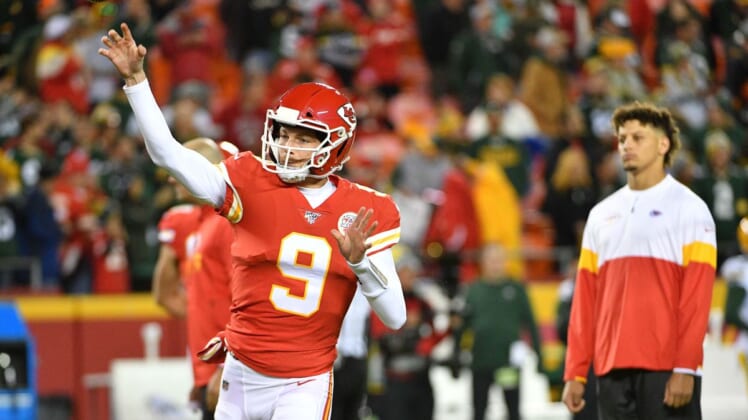 The list of players the Las Vegas Raiders brought in for a workout Friday included a few quarterbacks and wide receivers begging the question: are the Raiders backup quarterbacks a need due to Mariota’s injury? As Raiders training camp ends, what needs still remain?

For Mike Mayock and Jon Gruden, the Raiders backup quarterbacks aren’t exactly their top priority but it appears they’re at least looking for some contingency plans should Marcus Mariota’s injury persist.

The list of players the Raiders worked out included a pair of possible Raiders backup quarterbacks and a few wide receivers too. With the injury to starting X-wideout Tyrell Williams, the Raiders may be looking for backup plans at the receiver position too.

Shurmur is an intriguing tryout as he spent last season as a member of the Kansas City Chiefs. On and off again from the practice squad and active roster, Shurmur could give the Raiders and Gruden insight into the AFC West division foe.

Kyle Lauletta was a fourth-round selection of the New York Giants in 2018 and spent last year on the practice squad of the Philadelphia Eagles. The Eagles waived Lauletta early this month.

None of the three turn any heads. Andrews was an undrafted free agent signed by New England in 2018 but was place on the injured list almost immediately due to a knee injury that hurt his stock coming out of UCLA. Andrews has had a long road back and has yet to see time in a professional game.

While the Raiders backup quarterbacks aren’t exactly the topic of much conversation, clearly the organization is making plans should Mariota’s injury take longer to overcome.