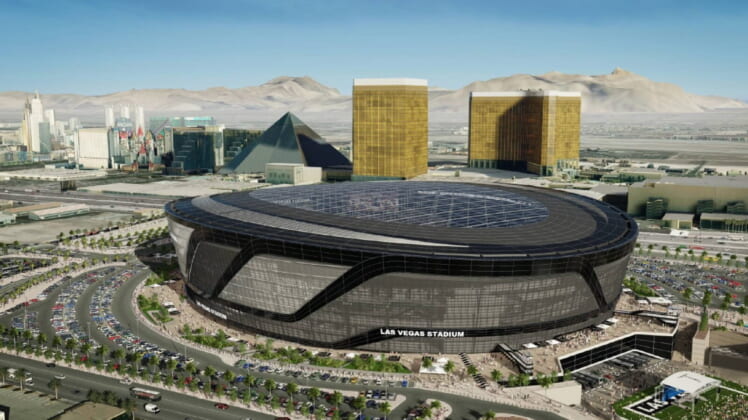 The Raiders have sent correction notices to fans who have agreed to purchase Personal Seat Licenses for the team’s new home in Las Vegas. These reflect the team’s desire to make tickets available to all fans.

Raiders fans who purchased PSLs for Las Vegas’ shiny new stadium got a pleasant surprise over the past few days – a notice their license costs were going down.

As first reported by the Las Vegas Review-Journal on Friday, “correction notices” began being emailed to fans who had already agreed to buy the license which gives them the option to buy seasons tickets for the next 30 years.

“We’ve said all along we’d have PSLs priced differently to make it affordable for as many fans as possible and this is another indication of that.” – Marc Badain

When contacted Friday afternoon, Raiders president Marc Badain confirmed the reduction and stated the team was being aggressive to make PSL ownership and access affordable for all fans.

“We had the first two phases of PSL sales – the Club seats and then Phase II – and now we’re into the third deck and pricing level,” Badain said by phone. “We’ve said all along we’d have PSLs priced differently to make it affordable for as many fans as possible and this is another indication of that.”

Last year, the team had said the PSL prices for the new stadium would run from $3,900 to $75,000. Individuals close to the sales function have told us there will be prices “much lower than $3,900.”

Knowing that the Raiders have sold out the first two phases of the PSL process – which included the exclusive Club seats and premium seats in Phase II, the best estimate is the team has already sold 30,000 PSLs so far. With around 560 days until the stadium is completed, and a few weeks longer for the Raiders to kick off in their new home, it’s safe to say sales have been going very well.