Raiders 2019 Search for a Home Continues 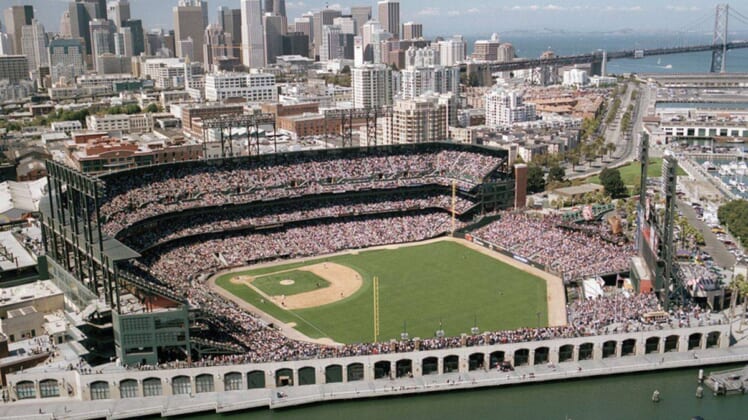 Which stadium the Raiders play their “home” games in 2019 continues to be the story of the offseason but is it really that urgent?

The vagabond franchise of the NFL is once again wondering where it will plant its flag. What is certain is this time next year, they will officially be the Las Vegas Raiders. They’ll shed their California skin and find their first true home in the Mojave Desert with a new $1.8 billion stadium and a state-of-the-art headquarters and practice facility.

Today though, the headlines are focused on where Mark Davis’ Raiders will play in 2019 after the City of Oakland sued the team and the league in a hail mary of an antitrust lawsuit that is DOA – according to legal experts all over the country. Yet many expect the Raiders to make nice with Oakland despite the lawsuit.

It’s akin to saying: sure, I’ll sleep on your couch even though you’re trying to cut my throat.

This weekend, NBC Bay Area reporter Raj Mathai broke the news the team and Oracle Park officials were in discussion to host the 2019 season at the baseball stadium in neighboring San Francisco. If a deal is in place, it must be approved by both the NFL and the San Francisco 49ers who hold the territorial rights to the West Bay and the city. It’s an obstacle to be certain but to think the Raiders haven’t been working directly with the NFL all along would be ludicrous. Along with San Diego being ruled out, and the idea of Tucson seemingly lost steam, is San Francisco’s Oracle Park the best option?

Exclusive: #Raiders and #SFGiants remain in talks re: #ATTPark. Raiders could play in SF for 2019 season. Team source tells me ‘this is a distinct possibility’. #NFL pic.twitter.com/xhoHf5awJ2

The Raiders are taking heat from all sides on the story with the Bay Area media (already anti-organization due to relocation), and others making it sound like it’s an “embarrassment” since the Raiders don’t have a place to play. Many make it out to be the organization’s fault. For some reason, the issue never seems to be explored from a more objective point of view. But it’s not surprising nor disturbing. As we saw with the media in San Diego when the Chargers made their boneheaded move to Los Angeles, when you leave your ex, it’s not going to be pretty nor cordial. So to get upset and angry is pointless.

Still, the Raiders and the NFL have a plan. That doesn’t mean it’s optimal to be homeless and in football purgatory for a year when you’re trying to build a winner. Yet anyone who thinks there isn’t a contingency plan for each contingency plan doesn’t follow how the NFL does business. Yes, the owner runs the team and can do what he wants. There has never been a more unusual situation than the Raiders find themselves in from the relocation lull before they hit Nevada and the newly created crisis created by the idiots at the City of Oakland. The NFL helped create it and behind the scenes, they’re helping shepherd the Raiders along for one more season.

Oracle Park has long been rumored a possible landing spot for the Raiders. While not ideal, it is available and, apparently, the Giants are willing to lease it out. Whether the Mayor of San Francisco approves or not, doesn’t matter. She doesn’t own the stadium nor decides on what or who resides within it.

Whether or not it happens and Oracle Park is home to the Black Hole next season is still in the air. Mathai’s most recent update seems to echo what everyone has pointed out must happen for the Raiders to play just off McCovey Cove.

Update: (and it's messy):
1. #SFGiants learning how challenging it is to have biz relationship w/ #Raiders
2. #NFL trying to massage/broker deal w/ #49ers (who have territorial rights of SF)
3. #Oakland Councilmember Rebecca Kaplan tells me Coliseum deal is still on the table

No matter where the Raiders play in 2019, sans a return to Oakland, it’s going to be a bit of a mess. It is what it is. For the sake of the team’s staff, players, and their original East Bay fans, hopefully, they are in the area one more year. Whether it’s at Oracle or somewhere else.

As the late, great Tommy Petty once said: the waiting is the hardest part.