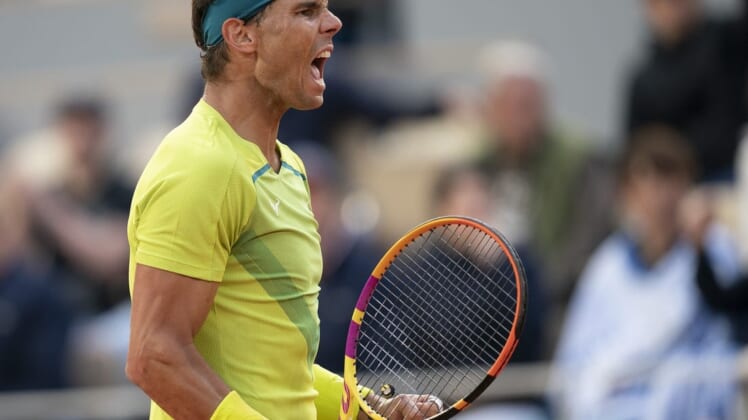 In a French Open quarterfinal match worthy of a championship classic, Rafael Nadal of Spain outlasted world No. 1 and rival Novak Djokovic 6-2, 4-6, 6-2, 7-6 (4) in a duel that began Tuesday night in Paris and ended past 1 a.m.

It marked the second straight match that took over four hours to complete for the fifth-seeded Nadal, who turns 36 on Friday. The Serbian Djokovic, who won the last head-to-head battle between the two living legends in last year’s semifinal, now leads the all-time series against Nadal 30-29.

In the semifinals, Nadal will continue his pursuit of extending his French Open record of 13 singles titles against Germany’s Alexander Zverev. The No. 3 seed Zverev defeated No. 6 seed Carlos Alcaraz of Spain 6-4, 6-4, 4-6, 7-6 (7) earlier on Tuesday.