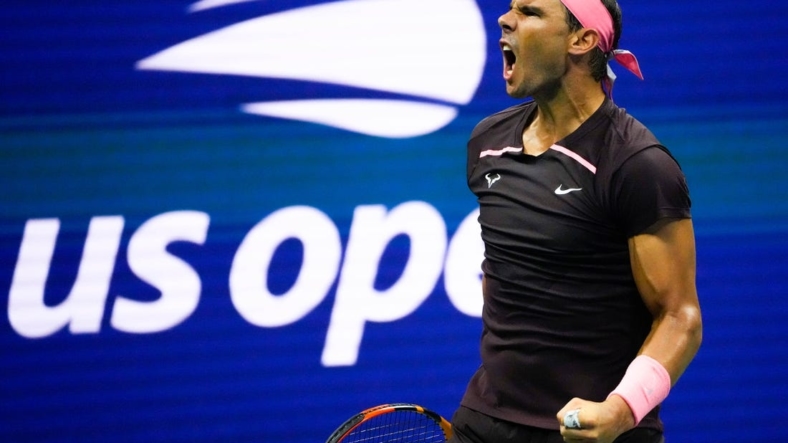 Rafael Nadal got off to a slow start but still cruised to a victory on Monday in the first round of the U.S. Open at New York.

The second-seeded Spaniard defeated Australia’s Rinky Hijikata 4-6, 6-2, 6-3, 6-3 in a match that lasted just over three hours. Nadal needed five points to put away the 21-year-old University of North Carolina All-American, but he closed the win with a spectacular forehand winner down the line.

Nadal, 36, is aiming for his third Grand Slam title of the year. He prevailed at the Australian Open and the French Open before he was forced to withdraw from Wimbledon ahead of the semifinals due to an abdominal injury. Nadal is a four-time U.S. Open champ, most recently winning in New York in 2019.

His total of 22 men’s major singles championships is the all-time record, one ahead of Serbia’s Novak Djokovic (who is ineligible to play in the U.S. Open because he is unvaccinated against COVID-19) and two ahead of Switzerland’s Roger Federer (who is sidelined due to a knee injury).

Hijikata, a wild-card entrant ranked 198th in the world, was appearing in the main draw of a Grand Slam event for the first time in his career.

In earlier first-round action on Tuesday, the seeded players all advanced, albeit with a few getting pushed to five sets.

Sinner said after his 3-hour, 3-minute victory, “For the first round, I can be happy, happy to be in the next round and now most importantly try to recover in the best possible way.

“For me, it’s very important to play best-of-five sets, because I really like it. Like today, it can be very long, but I just enjoy to stay on the court.”

Other seeded winners included No. 3 Carlos Alcaraz of Spain, No. 7 Cameron Norrie of Great Britain, No. 8 Hubert Hurkacz of Poland, No. 15 Marin Cilic of Croatia, No. 17 Grigor Dimitrov of Bulgaria, No. 19 Denis Shapovalov of Canada, No. 20 Daniel Evans of Great Britain, No. 22 Frances Tiafoe of the United States, No. 28 Holger Rune of Denmark and No. 32 Miomir Kecmanovic of Serbia.

In the last match of the night, 14th-seeded Diego Schwartzman of Argentina was scheduled to meet the United States’ Jack Sock.