Rafael Nadal cruises into fourth round at U.S. Open 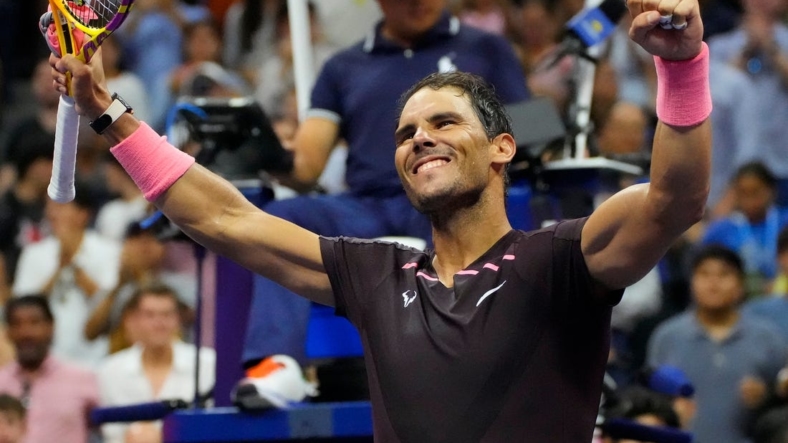 Second-seeded Rafael Nadal of Spain won in straight sets while No. 9 Andrey Rublev of Russia needed more than four hours to advance during third-round action Saturday at the U.S. Open in New York.

Nadal won despite fighting his serve. He recorded eight double faults and got just 59 percent of his first serves in. But he delivered 35 winners against 23 unforced errors compared to 19 winners and 29 unforced errors for Gasquet.

The win was Nadal’s 18th straight against Gasquet.

“My best match in the tournament,” Nadal said. “But I need to keep going. It’s a good victory for me. Straight sets for the first time. … I went through some difficult moments. That’s something that is good, that I went through that and (was) safe (in those) moments with positive feelings. Happy to be in the fourth round, without a doubt.”

Rublev rebounded from squandering three match points at 5-4 in the fifth and final set to advance.

“Obviously it was a crazy match. Obviously Denis deserved to win as well, as we all know,” Rublev said. “Both of us deserved to win. (After) you play these kinds of matches, there is no winner, in my opinion.”