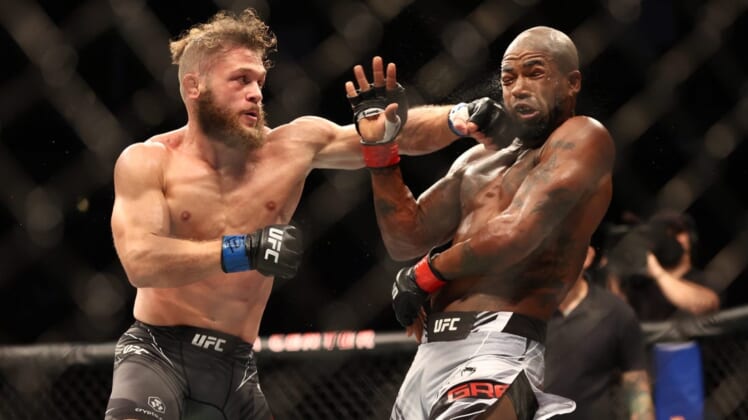 Rafael Fiziev knocked out Rafael Dos Anjos 18 seconds into the fifth round in their lightweight bout at UFC Fight Night on Saturday in Las Vegas.

Fiziev connected on a left hook in the final round to extend his winning streak to six. Fiziev now has three KOs in his last four UFC bouts.

Dos Anjos could not play to his strength on the ground. He converted on just 2 of 16 takedown attempts on Fiziev.

“Who said he would take me down and submit me? How many times he take me down? One time? No problem. I stand up,” Fiziev said.