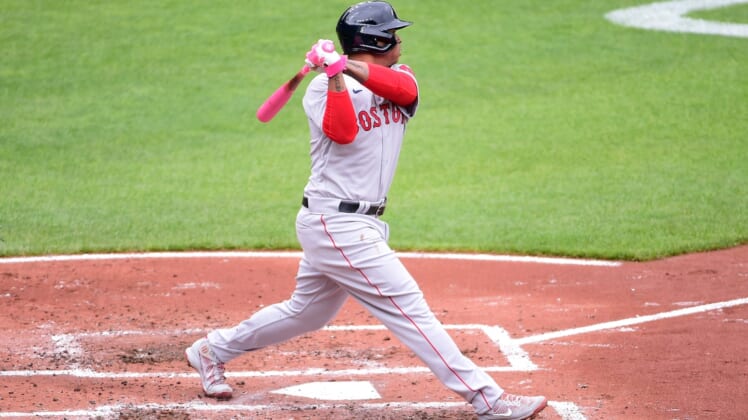 Rafael Devers homered and added a two-run double as the visiting Boston Red Sox recorded a 4-3 win over the Baltimore Orioles on Sunday afternoon.

Hunter Renfroe also went deep for Boston, which has won the first three contests of the four-game series and four in a row overall.

Josh Taylor and Adam Ottavino bridged the gap to Matt Barnes, who closed it in the ninth and earned his eighth save.

Dean Kremer (0-3) pitched well in his start for Baltimore. The right-hander gave up three runs on five hits in five-plus innings.

The Orioles took a 1-0 lead in the first after Pivetta walked two batters and Ryan Mountcastle lined to a single to left-center that drove in Trey Mancini.

Boston tied the game in the top of the second after Devers lined a one-out homer to center field.

Baltimore took a 2-1 lead when Cedric Mullins continued his hot start with a home run deep to right field. That came off Pivetta with two outs in the fifth inning.

The Red Sox then rallied and took the lead with two runs in the top of the sixth. Kremer gave up back-to-back singles to Marwin Gonzalez and Alex Verdugo. Baltimore then brought in Adam Plutko, who walked J.D. Martinez, which loaded the bases.

Two batters later, Devers lined a two-run double to right-center that drove in Gonzalez and Verdugo and gave Boston a 3-2 lead. The Red Sox threatened again in the seventh, loading the bases with two outs against Paul Fry, but Xander Bogaerts lined out to third baseman Rio Ruiz.

Renfroe blasted a 453-foot homer to center off of Cole Sulser with one out in the top of the eighth. That made it 4-2 before Mountcastle’s two-out double against Ottavino halved the deficit.