Radio Show May 28: Will Raiders be Second Fiddle to VGK? 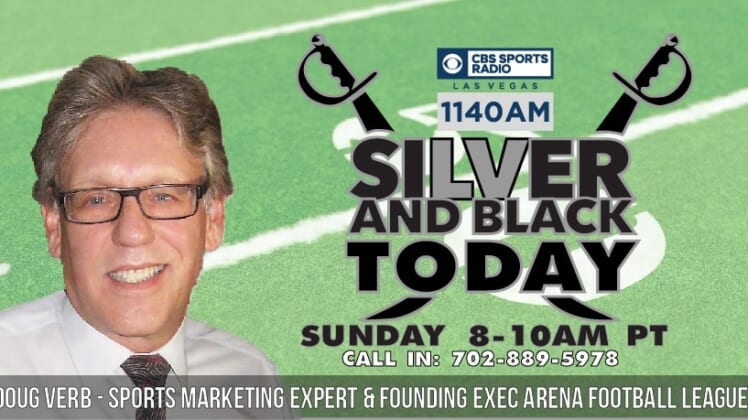 The Memorial Day show is full of great guests and insight into the latest news in Raider Nation. We discuss the Raiders first week of OTAs and what we’re learning about the 2018 Oakland Raiders before they take off the next several weeks before training camp starts in late July.

A jam-packed Memorial Day edition of the Silver and Black Today show on CBS Sports Radio 1140...Sports marketing expert, and former professional sports executive, Doug Verb joins us to talk about what the success of the NHL expansion Vegas Golden Knights can tell us about how the market will respond to the Raiders coming to Las Vegas. Verb isn’t concerned and says recent Bay Area columns comparing the Raiders to other markets where they have multiple teams in the same sports are unfair. Verb also talks about the Las Vegas sports market which he says is the best in the nation.

Is Jon Gruden building the Raiders the Bill Belichick way?

Chris Reed, from SilverAndBlackToday.com joins us to discuss how Jon Gruden is taking a page out of the New England Patriot’s playbook in rebuilding the Raiders.

Senior NFL writer, and Doctor of Chiropractic, Hayden Nadolny joins us to discuss if Amari Cooper‘s off-season bulk is a reason why he has what Gruden calls a hamstring “twinge” that made him miss workouts the first day of OTAs this week.

We also take your calls and talk about the NFL’s controversial new rule over national anthem protests.

Silver and Black Today airs every Sunday from 8am-10am in Las Vegas. It can also be streamed live worldwide on the Radio.com app and on TuneIn – including from your Amazon Echo device.

SilverAndBlackToday.com is our 24/7 website covering all things Raiders. We also have our weekly podcast, usually heard live at 5pm on Tuesdays via Spreaker.

Please subscribe to our podcast on iTunes or Google Play so you don’t miss it or archived shows from CBS Sports Radio 1140.