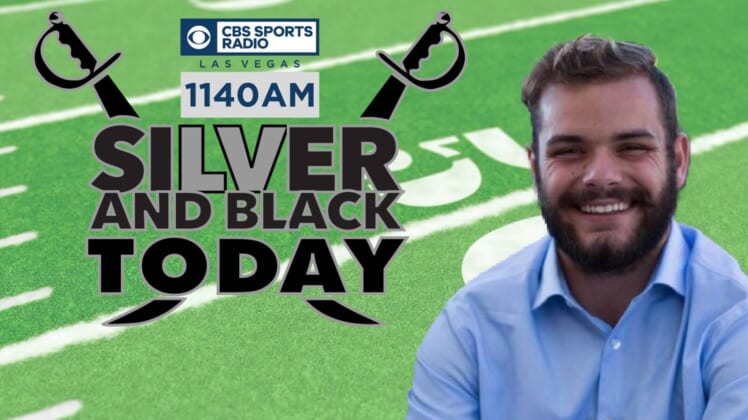 Another Sunday, another Silver and Black Today on CBS Sports Radio 1140-AM chock full of Raiders goodness.

Silver and Black Today airs every Sunday from 8am-10am in Las Vegas. It can also be streamed live worldwide on the Radio.com app and on TuneIn – including from your Amazon Echo device. SilverAndBlackToday.com is our 24/7 website covering all things Raiders. We also have our weekly podcast, usually heard live at 5pm on Tuesdays via Spreaker.