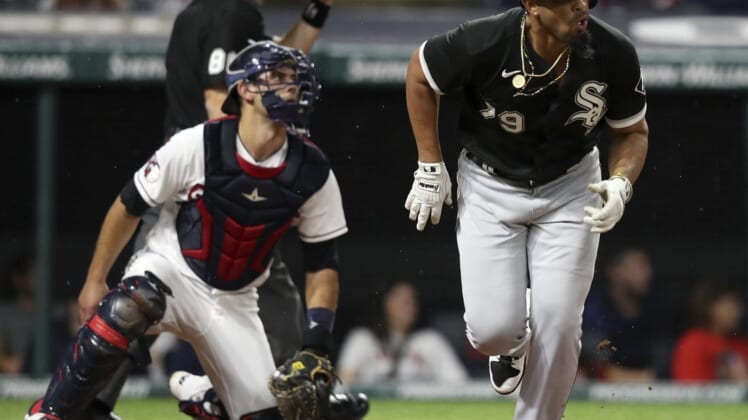 The Chicago White Sox do not have much time to savor the flavor of their shutout victory over the Cleveland Guardians on Saturday night.

After all, the White Sox put the finishing touches on their 2-0 win just a few minutes before midnight.

Just over 12 hours later, the American League Central rivals will reconvene in Cleveland on Sunday afternoon when they play the rubber match of their three-game series.

Chicago right-hander Dylan Cease (12-5, 2.09 ERA) will look to follow Johnny Cueto’s lead when he takes the mound. Cueto scattered five hits over 8 2/3 strong innings on Saturday to help the White Sox snap a three-game skid and even the series at one win apiece.

Cease, 26, saw his major league-record string of 14 consecutive starts without allowing more than one earned run come to a halt on Tuesday in a no-decision against the Houston Astros.

“I was disappointed,” Cease said after yielding three runs in five innings of Chicago’s 4-3 win. “It wasn’t my sharpest outing. But it was close enough to keep us in it. Everyone else picked me up. (The White Sox) getting a win definitely helps that.”

Cease has done quite nicely for himself in a pair of encounters last month versus the Guardians. He struck out 15 batters over 11 2/3 scoreless innings to pick up two wins and improve to 4-3 with a 4.08 ERA in eight career meetings against Cleveland.

Guardians right-hander Aaron Civale (2-5, 5.63) will look to record his first win in just over three months when he takes the mound on Sunday afternoon.

Civale, 27, has recorded five no-decisions and two losses since defeating the Detroit Tigers on May 20. Included in that stretch is a brief appearance against the White Sox on July 13 in which he allowed two hits in one scoreless inning before exiting with a sore right wrist.

Civale, however, has pitched well since his return. He struck out a season-high 10 batters and permitted just one run on three hits in six innings of a no-decision versus Detroit on Monday.

“We’d like to continue to build him up, obviously,” Guardians manager Terry Francona said. “I don’t know that you can always just put a (pitch count) because, like the other day, a long inning. … When you’re building up, that was hard for us to send him back out. Again, some of it depends on the intensity of the innings and just how much he has to work. But we’d obviously like to keep him going in the right direction.”

Civale sports a 4-3 record with a 5.00 ERA in eight career meetings with Chicago.

He would be wise to tread carefully around 2020 AL MVP Jose Abreu, who is 14-for-28 in his last eight games.

Civale is not expected to face Yasmani Grandal, who left Saturday’s game with left knee discomfort while attempting to score from second base in the seventh inning. Seby Zavala finished off the game behind the plate, and White Sox manager Tony La Russa told reporters that Carlos Perez is expected to join the team from Triple-A Charlotte prior to Sunday’s contest.