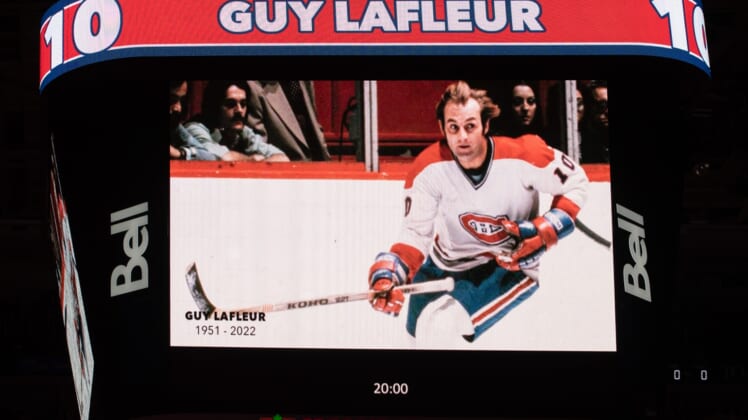 Lafleur died Friday at age 70. He was a native of Quebec and played 16 of his 17 NHL seasons in the province.

Legault said Lafleur’s family agreed to the state funeral, which will be held May 3 at 11 a.m. at the Marie-Reine-du-Monde Cathedral in downtown Montreal. Prior to the funeral, Lafleur will lie in state at the Bell Centre, with visitation on May 1 from noon to 8 p.m. and May 2 from 10:30 a.m. to 3 p.m.

After 14 seasons with the Canadiens, he played one season with the New York Rangers and two with the Quebec Nordiques before retiring in 1991.

A Hockey Hall of Fame member, Lafleur had been battling lung cancer, and other ailments, since 2019.