QB Sam Darnold back for Panthers, but Cam Newton to start 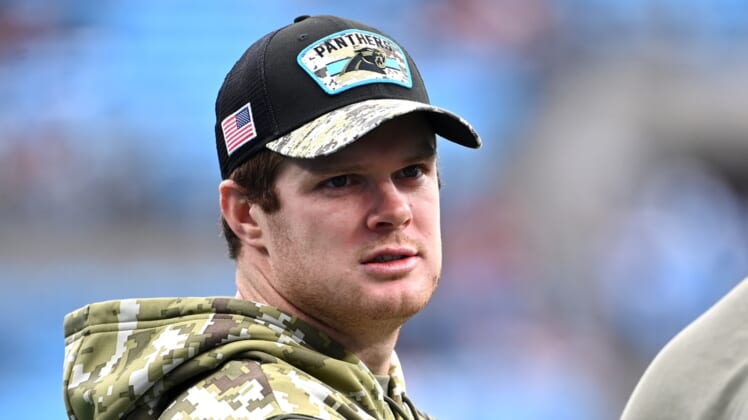 Carolina Panthers head coach Matt Rhule showed his cards Wednesday as Sam Darnold returned to practice for the first time since being placed on injured reserve with a shoulder injury.

Rhule said Cam Newton, signed after Darnold was hurt, is still the starter but Darnold won’t be entirely forgotten.

Darnold “will play at some point” on Sunday vs. the Tampa Bay Buccaneers, Rhule said, but he must clear all pregame hurdles in practice this week first.

Darnold has been out since a Week 9 shoulder injury, with the Panthers going 1-4 in his absence. Newton was signed by the Panthers on Nov. 12 and has started each of the last four games, but has been ineffective in the passing game.

Newton has thrown four touchdowns and four interceptions in his five appearances for the Panthers this season. He has also rushed for five touchdowns, but has coughed up four fumbles in his last two games.

The Panthers are just 5-9 and guaranteed to finish with a fourth consecutive losing season.