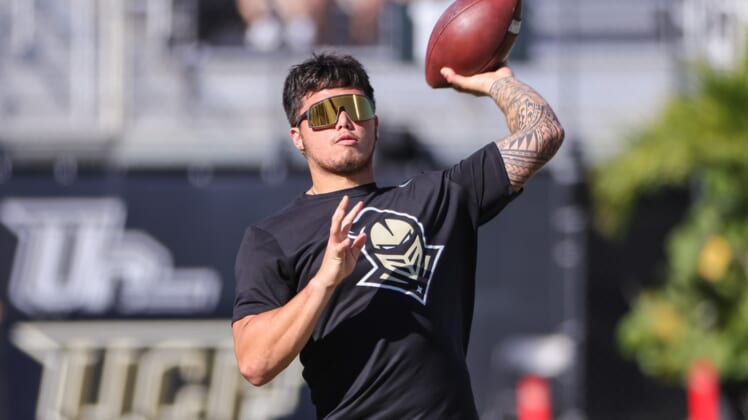 Dillon Gabriel has had a change of heart and is transferring to Oklahoma, backing off the commitment he made to UCLA on Dec. 16.

The former UCF quarterback announced he was entering the transfer portal on Nov. 27, then chose the Bruins. But after Oklahoma starting quarterback Caleb Williams put his name in the portal Monday to explore his options, Gabriel flipped to the Sooners.

He posted a photo of himself on Tuesday in an Oklahoma uniform with the headline “COMMITTED”.

They say life’s a gamble like rolling the dice… DIMETIME pic.twitter.com/8xGNDWjaR3

Gabriel’s junior season in 2021 ended in Week 3 when he broke his collarbone in a loss to Louisville.