Purdue tries to clean things up for meeting with Indiana State 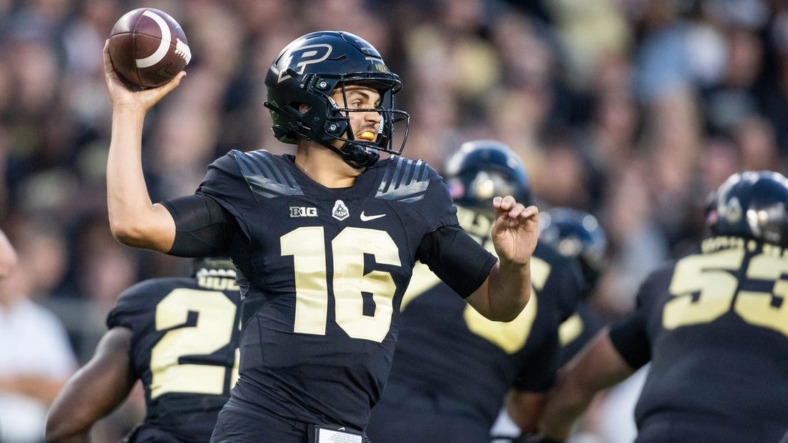 Sloppy play doomed Purdue in its home opener against Penn State in Week 1. The Boilermakers are looking to clean things up to emerge with a win when they host Indiana State in West Lafayette, Ind., on Saturday.

Part of that sloppiness came in the form of penalties, nine of them, including three fourth-quarter infractions during crunch time in an eventual 35-31 loss.

“We had a really good year last year as far as not having a lot of penalties, winning the turnover battle,” Purdue head coach Jeff Brohm said. “We had some really just silly penalties that cost us … really just some costly penalties that when you play a good football team, you can’t have happen. So, we’ve just got to concentrate, identify what those penalties are, which I think we have, and try to get those fixed.”

Aidan O’Connell completed 29 of 58 pass attempts in that game, throwing for 356 yards. He connected with Charlie Jones for 12 receptions and 153 yards, along with a 7-yard touchdown that gave the Boilermakers a 24-21 lead late in the third quarter.

Purdue (0-1) may need to avoid mistakes against the FCS Sycamores to put up big numbers again, as Indiana State (1-0) is fresh off one of the best defensive performances in its history.

Broc Thompson, who had over 400 yards receiving in 2021, was “nicked up” in the opener per Brohm with his status to be updated later in the week.