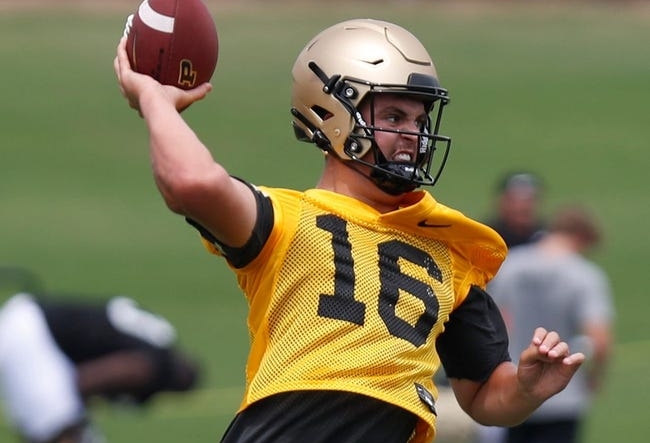 Throwing for 3,712 yards and 28 touchdowns while completing 71.6 percent of your passes stands out whether you shared a conference or not.

Truth is, Jones has been impressed with O’Connell long before he joined the program from Big Ten rival Iowa, considering their history dates to developmental football in suburban Chicago.

“I came here for the offense,” Jones said. “In the past couple of years, they’ve shown that being a receiver on this type of offense meant a lot of opportunities.

“Also with Aidan, we grew up together and he’s been making big plays since we were in third grade. I came here for that kind of connection, but really just the system.”

O’Connell paced Purdue to a 9-4 finish last fall, including a 48-45 overtime victory against Tennessee in the Liberty Bowl in Nashville. It was a resounding rebound from O’Connell, who started the first three games of 2020 before missing the rest of the season due to injury.

Opponents also should be wary of Jones as a returner. He earned Big Ten Return Specialist of the Year plaudits last season, ranking second nationally with 1,251 all-purpose yards.

Penn State started 2021 with promise, opening the season with a five-game winning streak that included two victories against ranked foes and a No. 4 national ranking of its own. But the Nittany Lions faltered after that, sputtering to a 7-6 finish that included a 24-10 loss to Arkansas in the Outback Bowl.

Quarterback Sean Clifford, who, along with O’Connell enters his sixth collegiate season, is eager to lead Penn State to a more consistent campaign. Clifford had 241 yards of total offense in the bowl game.

“Do I want to make this year special? For sure,” Clifford said. “I want this year to be the biggest, baddest year I’ve had.”

Among the biggest areas of replacement is the offensive line, where Penn State welcomes three new starters. The Nittany Lions averaged a mere 107.8 rushing yards last season, 13th in the Big Ten, and didn’t produce a 100-yard runner in any game.

This marks the seventh straight season in which Penn State has started conference play on the road. The Nittany Lions have dominated the Boilermakers in the schools’ abridged history, going 15-3-1, including winning the past eight.

In the most recent game between the programs, the Nittany Lions thumped the visiting Boilermakers 35-7, relying on a defense that collected 10 sacks while limiting Purdue to 104 total yards, including minus-19 on the ground.