Providence storms back to top Rider, 66-65 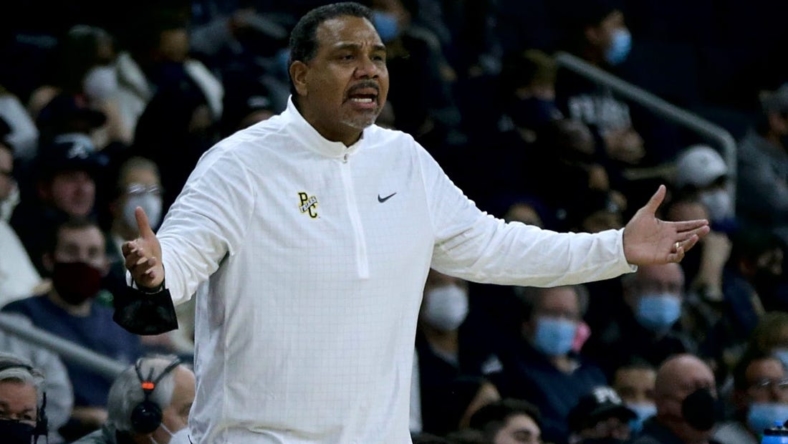 A pair of second-half runs helped Providence overcome a 15-point deficit and edge past visiting Rider for a 66-65 win in Tuesday night’s season opener.

For the Friars (1-0), Kentucky transfer forward Bryce Hopkins had 18 points, while Ed Croswell had a double-double with 13 points and 10 rebounds.

Hopkins scored 11 from the free throw line, where Providence was just 26 of 43 for the game. The Friars also made just 4 of 19 from 3-point range, with Noah Locke (10 points) hitting two.

Rider’s Allen Powell hit a step-back with 39 seconds left to make it a one-point game, but Providence survived after he lost his footing on an attempt for a final shot.

Rider answered a 7-0 Providence spurt with two treys over the final three minutes of the opening half.

Sixteen of Rider’s 40 first-half points were scored in the paint, including 14 of the first 24.

Rider took a 46-44 lead on James’ jumper with 11:36 to go before Clifton Moore scored five straight points, his 3-pointer handing Providence its first lead at 49-46. That began a 14-2 run that put Providence up by 10.

Murray’s trey and two free throws made it a six-point game at the 4:20 mark. Later, Powell was fouled attempting a 3-pointer and made all three free throws to cut it to 63-61.