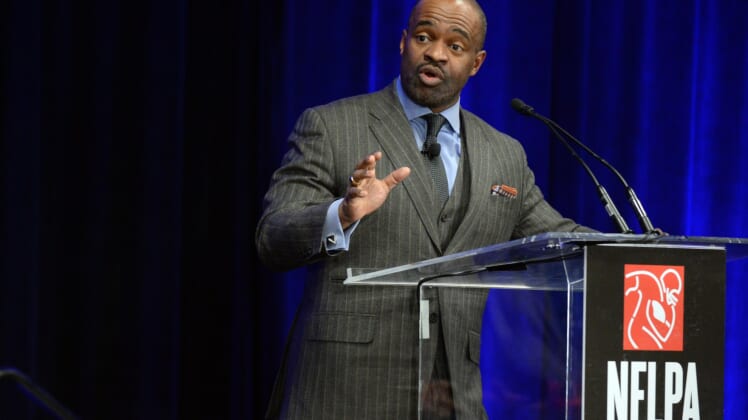 New Carolina Panthers left tackle Russell Okung was one of many outspoken critics against the recently-signed collective bargaining agreement between the NFL and the NFLPA.

In fact, Okung filed a suit against the union with the National Labor Relations Board back in March. The former Pro Bowler claims that the union did not act in the best interest of its members in negotiating said deal.

Okung also claimed that threats were made against him by the union if he did not fall in line with the vote.

Said charges have now been dismissed by the NLRB. According to NFL Media’s Tom Pelissero, Okung has until May 20 to file an appeal. It’s something he plans to do.

As noted in the release, the board did not find sufficient evidence to conclude that retaliatory measures were taken against Okung due to his “dissident behavior.”

In layman’s terms, the board does not believe that the NFLPA violated the union’s constitution in negotiating a deal with the league.

Okung, 32, has largely beat to the sound of his own drum during an otherwise successful 10-year career. Though, taking on the union was next-level stuff.

As it relates to the CBA vote, many high-profile players were against approval. However, said vote is league-wide. Those in the rank and file were largely for the new agreement.