Pro Bowler Yannick Ngakoue likely to hold out, per report 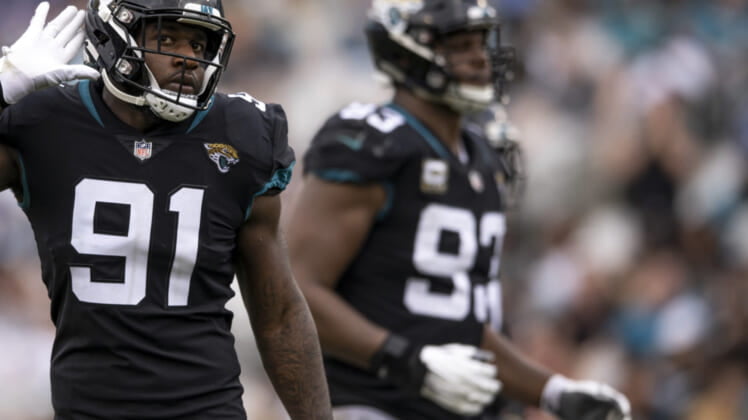 Talks between the Jacksonville Jaguars and Pro Bowl edge rusher Yannick Ngakoue have reportedly broke down, leading to what will likely be a holdout.

“Per a source with knowledge of the situation, contract talks between the Jaguars and defensive end Yannick Ngakoue have broken down, making a training-camp holdout likely,” Pro Football Talk’s Mike Florio reported Tuesday.

There has been suggestions that Ngakoue would in fact hold out after posting 29.5 sacks over his first three NFL seasons.

The 24-year-old former first-round pick is set to earn a base salary of just $2.03 million in 2019, the final year of his rookie deal.

It goes without saying that Ngakoue is worth a lot more than that. Whether this leads to an extensive holdout remains to be seen.