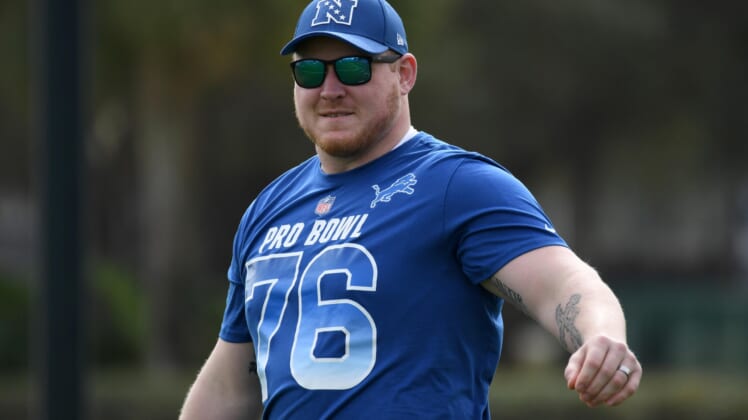 In speaking with Bruce Murray and Brady Quinn on the SiriusXM Blitz, Lang made it known that he’s currently undecided about his next move.

“I’m at that point now where I’m not committed to either playing or retiring,” Lang said, per SiriusXM.com. “Really, it’s just kind of taking a day by day, and you know what? If I if I do get a chance to play again, great. If I don’t, I think I’m content with that. I think I’m proud of what I’ve done over the 10-year span. And I’m just trying to take it slow and figure it out. But either way I go, I think I’ll be all right. I’ve had a good run.”

Lang has had a good run. He made his first Pro Bowl with the Green Bay Packers in 2016. In that offseason, he signed with the Lions and returned to the Pro Bowl in 2017.

The 2018 season was a different story for Lang. A variety of injures limited him to only six games played.

With a successful recent track record, we’d imagine that Lang will have have plenty of suitors if he did decide to return.

But Lang will also turn 32 during the 2019 season and hasn’t played a full 16-game season since 2014. So, it only makes sense that retirement is a consideration.