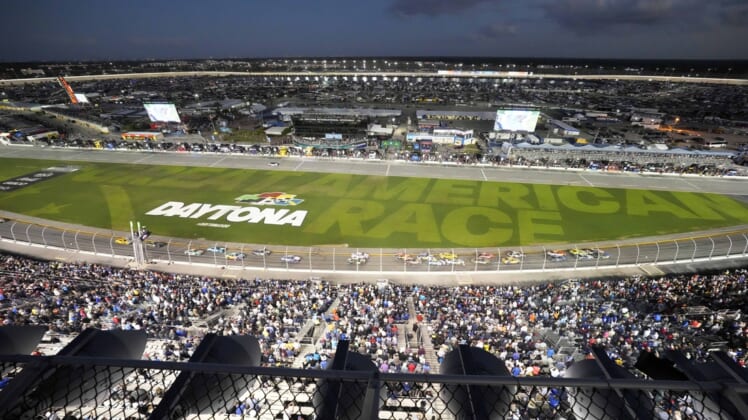 Soccer is coming to the Daytona International Speedway.

Two teams from the National Women’s Soccer League — the Orlando Pride and Racing Louisville FC — will play a match on the infield of the iconic raceway on July 3 as part of the inaugural Daytona Soccer Fest.

Organizers of the event announced the game on Tuesday. The two teams will play on a newly constructed soccer pitch on the grass between pit road and the tri-oval. The track’s start line will line up with the midfield stripe.

It is a match that will count toward league standings as part of the regular season. Kickoff is set for 8 p.m. ET and it will be televised by CBS.

“We’re super excited to be playing in the NWSL Clash at Daytona against Orlando,” Louisville defender Gemma Bonner said. “We can’t wait to put a show on for you all. Our games against Orlando are always super exciting and go down to the last few minutes.”

The weekend-long soccer event will also feature a legends game with American and European players, a match between Colombian clubs Deportivo Cali and rival America de Cali, and concerts by Rauw Alejandro and Chance The Rapper.