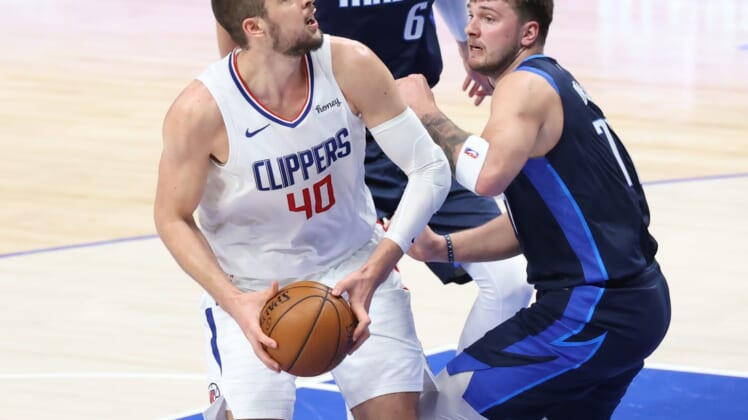 After a tweak here and an adjustment here, the Los Angeles Clippers like what they saw Monday and will return with a similar look Wednesday when they face the Dallas Mavericks for the second time in three days.

The teams paired up for the first of two games in Dallas with the Clippers using a changed starting lineup in a 109-99 victory. It helped Los Angeles avenge a 51-point loss to Dallas on Dec. 27 that was the most lopsided defeat in franchise history.

Without Patrick Beverley (knee) and Serge Ibaka (back), the Clippers had Ivica Zubac making his second start of the season and Marcus Morris Sr. making his third. Nicolas Batum was healthy, but he was dropped into a reserve role after starting his first 37 games this season.

The rearranged pieces fit well, with Zubac scoring 15 points with 11 rebounds. Morris had 14 points and six rebounds, while Batum was effective in his bench role, making 4-of-6 3-point attempts for 12 points. All numbers were above the season averages for each player.

Afterward, Clippers coach Tyronn Lue said he will use the look moving forward after the team had wrapped a 1-4 stretch around the All-Star break.

“I’ve been thinking about it for a while,” Lue said. “I really wanted to do it after a couple wins. … I was trying to get Marcus jump-started and get him going.”

Instead, the circumstances dictated that he do it after allowing 135 points in a loss at New Orleans on Sunday night. The Clippers turned around a day later and held the Mavericks under 100 with Paul George sacrificing some offensive production (15 points) to play tight defense on Mavericks star Luka Doncic.

Dallas still was led by Doncic’s 25 points, but he was 9-of-23 from the field and 4-of-11 from 3-point range, while missing some key shots down the stretch with the Mavericks still in the game.

The Mavericks did not score a point in the final 3:15, committing two turnovers and going 0-of-5 from the field in the closing minutes. Doncic was 0-of-3 and had one of the turnovers, but he did have 10 rebounds and 16 assists to record his ninth triple-double.

Dallas took just five free-throw attempts, tying a franchise low for a game. It suggests a lack of aggression on offense, or the officials’ reluctance to make foul calls. Mavericks coach Rick Carlisle suggested the latter, but he declined to make excuses.

“If you ask certain guys that were playing in the game, they’ll give you a pretty strong opinion on it, but that’s not what this is about,” Carlisle said. “To win at this level of basketball, you got to have great spacing, you got to be moving the ball, you got to do all the things right from an ‘X’ and ‘O’ standpoint, but you got to have amazing poise and aggression.”

The Mavericks lost the battle on points in the paint (44-30), second-chance points (13-3), and fast-break points (18-14). They did shoot 49.4 percent from the field and 41.5 percent from 3-point range but scored just 21 points in the fourth quarter. Kristaps Porzingis scored 22 points and Tim Hardaway added 21.