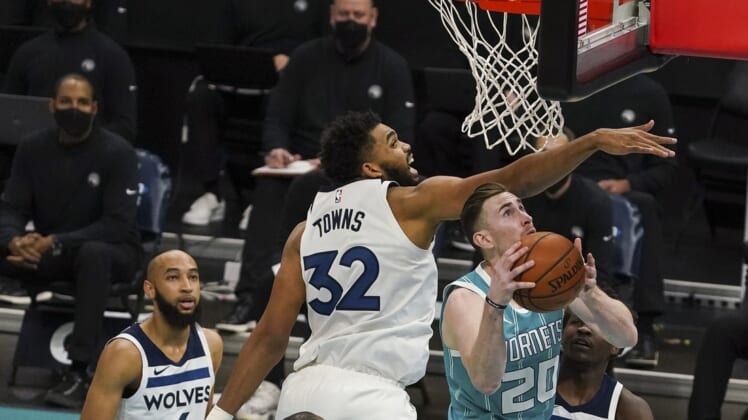 The Toronto Raptors will try to continue their home dominance over the Minnesota Timberwolves on Sunday night in Tampa.

The Raptors have won 16 straight games at home against the Timberwolves, which marks the longest regular-season home winning streak against any one opponent in franchise history.

The Timberwolves will be completing a two-game trip that started with a 120-114 loss to the Charlotte Hornets on Friday. Minnesota has dropped four in a row and six of the past seven.

D’Angelo Russell did not play for Minnesota in Charlotte because of a sore left leg, and it appears that he will be out against Toronto in Florida as well.

“He’s continuing to progress, and I don’t have other information other than they’re just continuing to evaluate him,” Timberwolves coach Ryan Saunders said.

Russell and Karl-Anthony Towns have played only five games together since Russell came to Minnesota. Towns was in the lineup for the second game Friday after recovering from COVID-19.

Minnesota’s last road win against Toronto was Jan. 21, 2004. Toronto has swept the season series with the Timberwolves each of the past two seasons and has won five straight overall against them.

The Raptors are returning from a 4-2 trip that ended Thursday with a loss to the Boston Celtics.

“I feel pretty good,” Raptors coach Nick Nurse said. “Trending upward. I think we’re playing really good basketball. We weathered some storms, came back. I think, again, we look like we’re getting in good shape. We’re finding a little better rhythm and we’re executing a little better. Got a lot of room for improvement, (but) got some time to get better.”

The Raptors could have OG Anunoby back in the lineup after he missed nine games with a strained left calf.

At Charlotte, Towns said the announcement that three Hornets players would not be playing because of COVID-19 protocols “triggered” something in him as he prepared for the game. Not only had he suffered from COVID-19, but it had claimed the life of his mother and six other family members.

Towns said that he was concerned about the safety of his teammates and opponents.

“I wasn’t mentally there in the first half,” Towns said. “That COVID situation really spooked me. I don’t know. It just triggered me. My teammates knew it, and they were there to support me, and they understood it was going to be tough for me early on, but it spooked me a lot. To say I was scared is the least thing, but (in the) second half, I felt better.”

Towns finished with 25 points and eight rebounds after shooting 1-for-6 with two points in the first quarter.

“I was more worried for our guys,” Towns said. “I don’t want them to go through what I went through.”

Towns twice cut the Hornets’ lead to one with 3-pointers in the final 2:38 of the game.