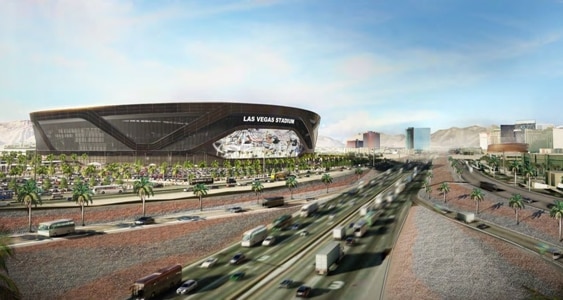 The Las Vegas Stadium Authority Board will be in session again this Thursday. Here’s some key agenda items you should know.

It’s the middle of the month which means the Las Vegas Stadium Authority will again meet to discuss the planning and construction of the Raiders new stadium just east of the Las Vegas Strip.

The meeting’s big point of interest is the discussion of an extension of time to write the development agreement between the team and the LVSA. Initially voted and agreed upon to be 12 months, the board will seek to increase that period to 18 months. Despite this extension, there will not be a delay in the construction timeline as a result. In addition, the Raiders will bear all the costs of the preliminary site work until that development plan is solidified.

Before fans in Oakland get excited thinking this spells trouble for the Raiders new marriage with Las Vegas – think again. When the Nevada Legislature Special Session to fund the project, the legislature built in the ability of the board and the team to extend the time by six months and that’s what’s happening here. Originally slated to be done by next month, the new proposal extends the negotiating period until February 2018.

The resolution will be introduced Thursday but will not actually be voted on until October 12th Authority meeting. That coincides with the expiration of the original Memorandum of Understanding.

Stay tuned on Friday as we’ll do a summary video highlighting the outcome of this week’s meeting right here on Las Vegas Raiders Report.