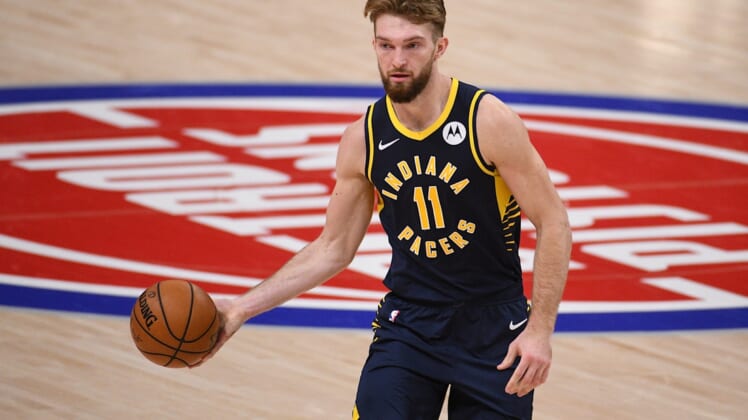 The Atlanta Hawks, fresh off one of their worst losses of the season, will try to bounce back on Saturday when they host the struggling Indiana Pacers.

Atlanta trailed by as many as 42 points in a 125-114 defeat to the visiting San Antonio Spurs on Friday night, the Hawks’ fifth loss in the past six games.

Indiana lost four consecutive games and six out of seven before recording a 111-95 road win over the Detroit Pistons on Thursday.

This will be the first meeting between the teams this season and the only meeting scheduled for the first half. The Pacers won two of the three meetings last year. The Hawks won the final contest in January 2020 to end a seven-game losing streak to Indiana.

The Saturday game will complete the fifth back-to-back for Atlanta, which has split two and lost both games twice. The Hawks are 0-4 in the second games.

The Hawks trailed wire to wire against the Spurs on Friday. The bright spot was the play of the reserves, who scored 42 points in the fourth quarter. Rookie Skylar Mays scored his first career basket and made four 3-pointers while producing a season-high 20 points.

“Our starters were not very good, and the second unit did a great job making the night somewhat decent,” Atlanta coach Lloyd Pierce said after the loss. “It was nice to see Skylar do what he did tonight.”

With the Spurs scoring 77 first-half points, it was the second straight game in which the Hawks experienced a defensive lapse. Atlanta had a meltdown in the fourth quarter in a 118-117 loss to the Dallas Mavericks on Wednesday, then trailed by 30 points in the first half against San Antonio.

“We have to get off to a better start defensively and bring a different approach,” Pierce said. “Now we get to play against a team (Indiana) that’s physical and energetic and tough, and we have to find a way to bring that same approach.”

The Pacers ended their longest losing streak of the season against the Pistons.

Indiana’s offense showed signs of life by shooting 51.2 percent on the heels of a 95-point, 39.8 percent performance against Utah and a 94-point, 39.1 percent effort against Brooklyn. The Pacers are 6-1 when they shoot 50 percent or better from the field.

The Pacers were better on defense and limited Detroit to 17.9 percent success (5-for-28) on 3-point attempts.

“I thought we guarded the ball better,” Indiana coach Nate Bjorkgren said. “We were disruptive. I thought we were pressed up to their shooters on the catch.”

Pacers guard T.J. McConnell said, “I think for us, all it comes down to is defense and getting stops. When we’re really connected defensively, we’re tough to beat.”