PREVIEW: Spurs next up to face surging Milwaukee Bucks 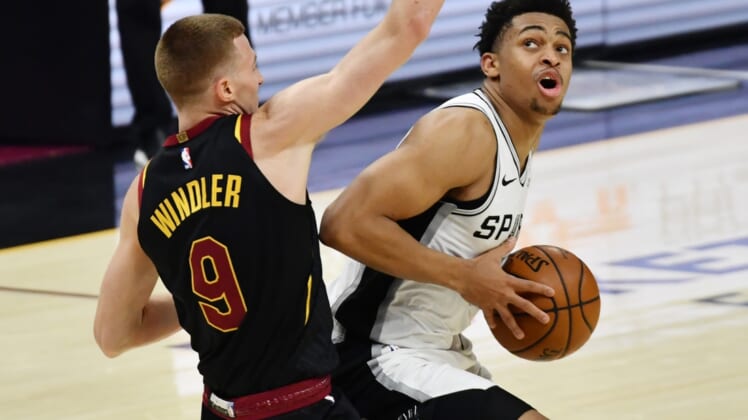 The surging Milwaukee Bucks look to continue their unbeaten streak over the second half of the NBA season when they host the San Antonio Spurs on Saturday.

The Bucks have won 10 of 11 overall, including five straight and all four of their games since the All-Star break. Three of those game have come on the road, and Milwaukee has moved into third place in the Eastern Conference in the process.

Giannis Antetokounmpo led that win with 32 points and 15 rebounds, his third straight game with at least 30 points and 10 rebounds.

The Bucks trailed by 19 points early in the third quarter before rallying, and survived despite giving up the lead late in regulation. Antetokounmpo scored seven points in overtime.

“They stayed together through it all,” Bucks coach Mike Budenholzer said. “It’s tough when you give up whatever lead that was in the last 30, 45 seconds of regulation and go to overtime, to re-gather, to take that punch and then come out and build a seven-point lead in the first two, three minutes of overtime.

“It was just a lot of mental toughness, a lot of togetherness with the group. It was a good night.”

Donte DiVincenzo added 20 points for the Bucks, while Brook Lopez finished with 14, his ninth straight game in double figures.

Since that win, the Bucks have made two roster moves. On Thursday they traded Torrey Craig to Phoenix in exchange for cash considerations, and on Friday, they acquired Rodions Kurucs, P.J. Tucker, a 2021 second-round and a 2022 first-round draft pick from Houston in exchange for D.J. Augustin, D.J. Wilson and a 2021 and 2023 first-round draft pick.

The moves likely made a strong Bucks squad even more so and fortified Milwaukee for the stretch run and the postseason.

Saturday’s game against San Antonio begins the longest homestand of the second half of the season for the Bucks, who are 15-5 at home.

San Antonio heads to Milwaukee for the second of a back-to back after a 116-110 win in Cleveland on Friday.

Keldon Johnson scored 23 points and grabbed a career-high 21 rebounds, 11 of them on the offensive end, in the victory. Tim Duncan was the last Spurs player with a 20-point, 20-rebound outing, dating to 2013; San Antonio’s last game when a player had 11 offensive rebounds was three years before that.

“He was just a moose,” Spurs coach Gregg Popovich said about Johnson. “He never stops. He’s just got aggressiveness 100 percent of the time he’s on the court.”

According to the Spurs, there have only been six games (by three players) in NBA history where a player 6-foot-5 or shorter has had 20-plus points and 20-plus rebounds. Johnson, who is 6-5, on Friday had the seventh and becomes the fourth player ever.

“It’s definitely an honor to be in the company of one of the greats,” Johnson said on hearing the Duncan reference. “But I just have to keep going, keep pushing, can’t be satisfied. We have to go get one tomorrow.”

Dejounte Murray had 22 points and DeMar DeRozan had 20 in the win after missing four games for the funeral of his father.

San Antonio has won three straight and concludes a five-game road trip on Saturday in Milwaukee.