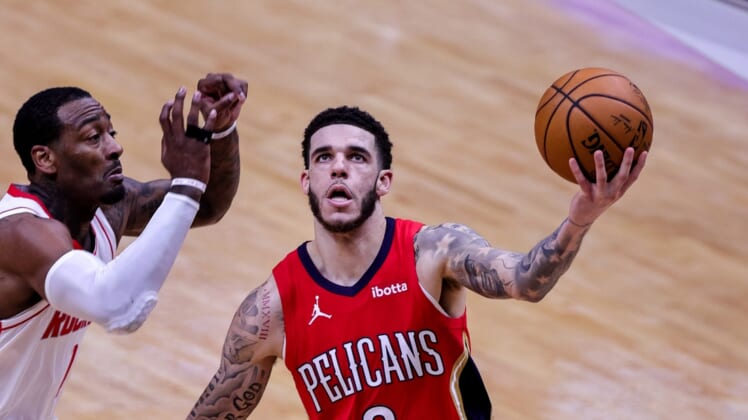 The New Orleans Pelicans will look for their fifth win in a row — and their second in as many nights — when they head north to visit the Chicago Bulls on Wednesday.

New Orleans is coming off a resounding 130-101 victory over the Houston Rockets on Tuesday. The Pelicans improved to 6-2 in their past eight games after starting the season 5-10.

The recent surge has quieted rumors that the Pelicans might be sellers in the trade market.

“I said to (the) guys when all that was going on that it’s natural,” New Orleans coach Stan Van Gundy said. “You’re losing games, so people are going to say, ‘Oh, shoot, they’re going to blow it up.’ And the rumors are going to start. If we were winning then, like we have in the last (eight), then the rumors go away. Because people will think you are happy with your team.

“I think our guys were smart enough to understand that. I’ve touted their resilience all year. We have had games we haven’t played well, but our bounce-back has been good, and they don’t get discouraged.”

The latest player to step up for New Orleans was Josh Hart, who notched a season-high 20 points and a career-high 17 rebounds against Houston. Hart’s emergence was particularly helpful because Zion Williamson was in foul trouble.

Williamson still finished with 20 points, seven assists and five rebounds in 21 minutes. Brandon Ingram led the team with 22 points on 9-for-13 shooting, including 3-for-5 from beyond the arc.

Chicago will aim to stop the Pelicans’ progress. The Bulls are looking for a feel-good win after losing three of their last four games, including a 105-101 defeat against the visiting Washington Wizards on Monday night.

Zach LaVine continued his stellar season on offense as he scored 35 points on 12-for-26 shooting. Thaddeus Young also enjoyed a strong game, finishing with 14 points, six assists and five rebounds off the bench.

However, no other Bulls player managed to score more than 11 points. Chicago’s depth was tested as big men Wendell Carter Jr. and Lauri Markkanen remained out of the lineup because of injuries.

Bulls center Daniel Gafford has moved into the starting lineup and attempted to fill the void. He is not happy with his performance, and his frustrations spilled over Monday as he picked up a technical foul.

Gafford has averaged 5.2 points and 4.9 rebounds while starting each of the past nine games.

“I’ve been playing — excuse my language — (bad), to be honest,” Gafford said. “I kind of get in my own head sometimes. And when you get in your own head, you can go into a dark place, and it’s hard to be able to pull yourself out of that. But luckily I’ve got great guys on the team that help me get out of that situation.”

The Wednesday contest will be the first meeting of the regular season between the teams. Last season, the clubs met twice, with the Pelicans winning both matchups, giving them a six-game winning streak in the series. The Bulls had won each of the previous six meetings.