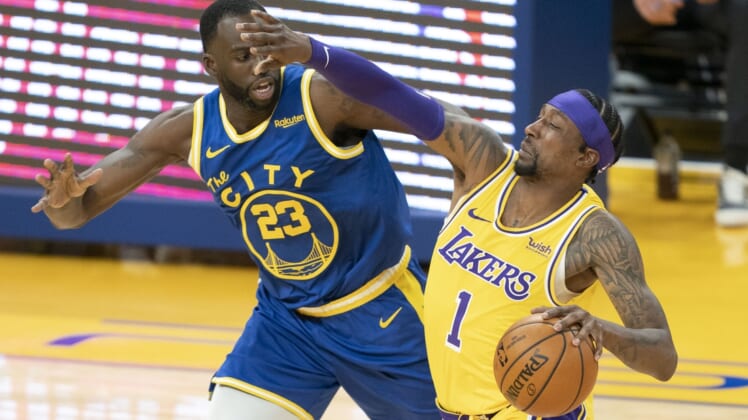 Before their respective rosters were dramatically altered for a variety of reasons, the Golden State Warriors and Houston Rockets were bitter rivals battling atop the Western Conference.

Last season, injuries undermined the Warriors and knocked them from their pedestal as five-time conference champions. This season, Houston has suffered through a series of debilitating injuries that have resulted in its current 17-game losing skid, tied for the longest in team history.

On Wednesday, when the Warriors visit the Rockets, only a few faces will be familiar to those who watched their spirited playoff battles. And with Eric Gordon (groin) and Danuel House Jr. (knee) injured for Houston, the Warriors’ Stephen Curry and Draymond Green will serve as the lone holdovers from the four playoff series between the teams.

Golden State has recovered somewhat from missing the playoffs last season, but there are moments when their struggles appear acute. After recording a rousing victory over the Utah Jazz on Sunday, the Warriors were dismantled by the Los Angeles Lakers the following night. They have dropped four of five games with Curry, who vigorously challenged his teammates during an embarrassing loss to the Los Angeles Clippers on March 11, seeking a bit of consistency.

“We know that’s a big part of how we’re going to be successful,” Curry said. “And against the good teams, you have to have that because you’re not going to out-talent or outscore them. So we have to do better.”

The Rockets are not a good team — they are ahead of only Minnesota in the West — so Golden State need not be at their very best on Wednesday. But the challenge of playing with sustained effort on a nightly basis, and playing with a modicum of pride, should serve as a driving force.

“There are certain principles of how we’re going to play,” Curry said. “It’s our identity that has to show up every night. Our expectations go through the roof when you play like we did against Utah, and then you come and drop the ball (against the Lakers), and that’s why we’re 20-20.

“It takes a lot. Winning is hard in this league. We all know that, and we all know you just can’t show up. Momentum is not going to carry just because you played well the game before. It’s a collective effort across the board, but it’s just an understanding that winning is hard.”

While there isn’t much clarity on who might be available against the Warriors, the odds are good that the Rockets will field another three-man bench and showcase a handful of recent call-ups from the G League. That combination makes for a difficult task even before the ball is tipped.

“The message is going to be get your rest, get off your feet, recharge for (Wednesday’s) game,” Rockets coach Stephen Silas said. “Most likely we’ll have a very similar roster or lineup to what we had (against the Hawks). And that’s just fact.”