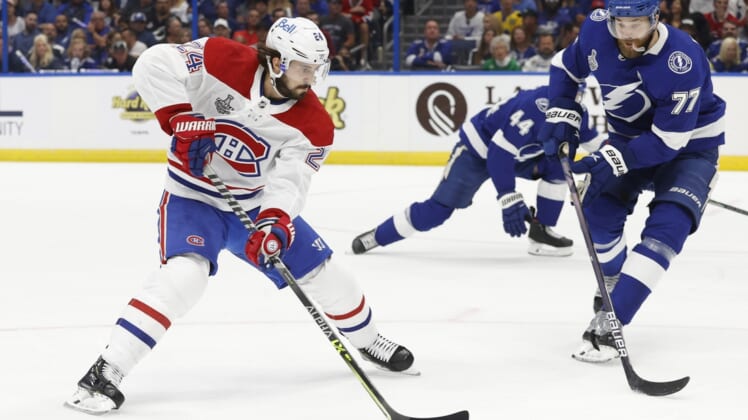 Being written off after losing a series opener on the road is nothing new to the Montreal Canadiens, not only this year but in the franchise’s storied history.

Montreal again will be in comeback mode after Monday’s 5-1 defeat to the Tampa Bay Lightning to open the Stanley Cup Finals. Game 2 is on Wednesday at Tampa, Fla.

The Canadiens also dropped the opener of their semifinal series with the Vegas Golden Knights, and have now lost the opener in their last five Stanley Cup Finals, including their previous visit to the championship round when they won a title in 1993.

Montreal has won three of its last four visits to the Finals, losing only in 1989, while winning in 1986 and 1979. History says the Canadiens are far from doomed. 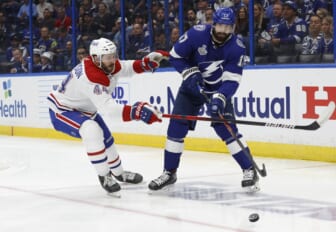 As they prepare for Game 2, the Canadiens are confident they can regroup from their most recent defeat.

“They were unhappy after the game (Monday) night,” said interim coach Luke Richardson, who is expected to be the main man behind the bench for one last game after which Dominique Ducharme is slated to return from his bout with COVID-19. “You’re going to see a more determined effort. You’ve seen that in every series. We’ve gotten better as all three series have gone on, and we expect that to happen again here in the Final.”

As much as the Canadiens believe they can bounce back and pull the series even before it switches to Montreal, they must do a better job at puck management. Tampa Bay’s first three goals all were results of Montreal turnovers.

The defending Stanley Cup champion Lightning also expect to hit a higher gear. Although the final score appears it was a one-sided game, it was a 2-1 clash until Nikita Kucherov scored twice in a three-point third period for the hosts.

“We escaped the second (period),” coach Jon Cooper said. “They pushed on us in some areas and (goalie Andrei Vasilevskiy) had to make some big-time saves for us to keep us in it. Right there we have some improvement in our game that we need. I think we have more to give. A team that’s lost Game 1 is definitely going to give us a push.”

Kucherov, who leads the playoffs with 30 points, is only the fifth player in NHL history to post multiple 30-point playoff seasons and just the third to do it in consecutive years. After missing all of the regular season, he’s been a dominant force.

“To see the company he’s in with the production he’s had the last two playoff runs is pretty remarkable,” defenseman Victor Hedman said.

The Lightning do have a question mark after second-line forward Alex Killorn, who is fourth on the team in scoring with 17 points, took only one third-period shift after blocking a shot with his left foot late in the middle frame.

“Hard to say right now,” Cooper said of Killorn’s status for the game. “I’d throw him in that day-to-day category.”

If Killorn, who skates on the top power-play unit and regular kills penalties, can’t play, the Lightning may turn to a forward such as Mathieu Joseph or Gemel Smith or may use seven defensemen and dress Luke Schenn, as they did for three games in the opening round.