PREVIEW: Miami tries to heat up against Los Angeles Clippers 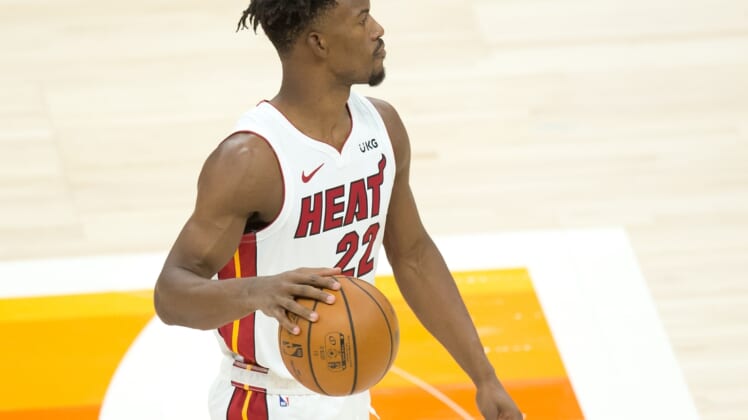 Miami opened its Western Conference tour on Thursday with a 101-94 win at Houston, then the Heat lost on Saturday 112-94 against NBA-leading Utah. The rout snapped a four-game winning streak for the reigning Eastern Conference champions, who are trying to shake off a sluggish start to the 2020-21 campaign.

The Heat are four games below .500 on the season, but two games over that mark with Jimmy Butler in the lineup. Butler has missed 12 games, returning from a lengthy absence on Jan. 30.

Miami is also looking to get Duncan Robinson more involved in scoring opportunities, per the Sun Sentinel. Robinson shot almost 44.6 percent from 3-point range in 2019-20, but is below 40 percent this season.

“[Opposing defenses] are trying to take Duncan out [of] the game,” Bam Adebayo said in his postgame teleconference on Feb. 13. “The stuff we were doing with Duncan last year, we can’t do this year.”

Finding more consistent offense is a priority for Miami, which ranks near the bottom of the NBA at 106.2 points scored per game. As a team, the Heat are shooting 35.7 percent from 3-point range to rank in the bottom third of the league.

The Clippers, meanwhile, come into Monday’s matchup boasting one of the most prolific scoring offenses in the NBA and the No. 1 overall 3-point shooting offense.

In their third consecutive win — a 128-111 blowout of Cleveland on Sunday — the Clippers shot 43.3 percent from long range. Los Angeles played without season-long leading scorers Kawhi Leonard and Paul George, but Lou Williams picked up the slack with 30 points and 10 assists.

“When he sets the table, it opens up his offense,” Los Angeles coach Ty Lue said of Williams in his postgame teleconference.

Marcus Morris Sr. and Patrick Beverley both shot 4-for-6 from 3-point range to continue the Clippers on their league-leading pace of over 42 percent for the campaign. Throughout its current winning streak, Los Angeles has scored at least 119 points in all three games — though Lue said the Clippers still “have a long ways to go.”

Los Angeles’ 3-point shooting should be front and center against Miami. The Heat defense — one of the NBA’s stingier at 109.6 points allowed per game — allows opponents to shoot more 3-pointers per game, 40.8, than all but one other team.

Related: Why the Miami Heat should explore a trade for Kyle Lowry in 2021

That is by design. Miami opponents average just 47 2-point field-goal attempts per game, and make a league-low 24.

Leonard, whose 26.7 points per game lead Los Angeles, attempts more than twice as many 2-point field goals than the rest of the Clippers roster, save George. Leonard’s status for Monday is uncertain.

Lue said after the first portion of the Presidents’ Day Weekend back-to-back he was unsure when Leonard sustained the leg contusion, “or when he is going to be back.”

George’s status for Monday is also unclear. Sunday marked his fifth consecutive missed game due to a foot injury.

Miami comes into Los Angeles without Avery Bradley due to a calf injury, while Goran Dragic (ankle) and Chris Silva’s (hip) status is uncertain.