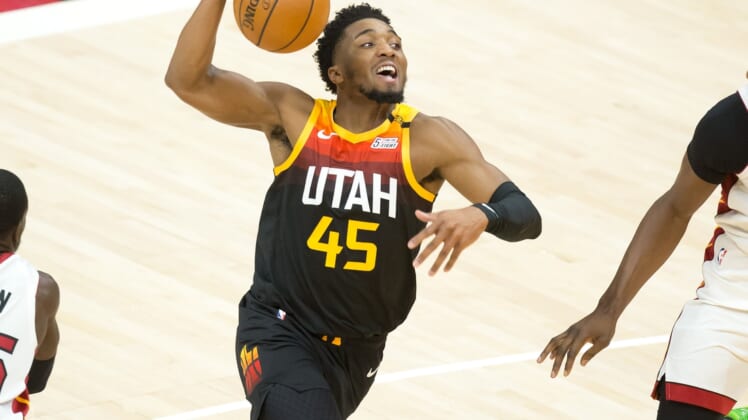 In an article published Friday, the Philadelphia 76ers’ most glaring issue was summed up in one simple sentence.

The Philadelphia Inquirer article pointed out that this roster shallowness was “flat-out exposed” in a 120-111 loss to the Phoenix Suns in which the Sixers’ bench was outscored 49-20, and was evident during their 118-114 setback in Portland last week.

It doesn’t help that sixth man Shake Milton is out with a sprained left ankle.

“The bench,” 76ers coach Doc Rivers told the paper, “hasn’t been bad this year, and they’ve been bad lately — probably going back about five games, in my opinion.”

That’s an unsettling situation, considering that Philadelphia has a Monday matchup in Salt Lake City against a Utah Jazz team that’s made a habit out of obliterating opponents regardless of depth over the past month and a half.

This Sixers-Jazz game features the teams that bring the best records in the Eastern and Western conferences into Monday’s action.

If depth is the 76ers’ weakness, it’s the Jazz’s strength.

Not only has Utah overcome the absence of key players during part of their red-hot streak — winning seven straight and 18 of 19 games — but the Jazz have a half-dozen guys who could lead the team in scoring on a given night. They also have a handful of contributors who can hit timely shots but also provide a defensive spark.

That offensive versatility was put on display over the weekend.

The following night, in an equally impressive victory over Miami, six different players scored during a 14-0 run that put the Jazz ahead for good.

The depth also bolsters Utah’s defense thanks to efforts by unheralded players like Royce O’Neale, Derrick Favors and Georges Niang.

“We’re versatile,” O’Neale said this weekend. “Our 3-point shots weren’t falling so we knew our defense was going to kick in.”

Joel Embiid’s continued and consistent excellence is a big reason why Philadelphia has managed to fare so well this season in spite of depth issues. The center will have his hands full against Gobert, but Embiid has been remarkably consistent while averaging 29.6 points and 10.8 rebounds with a league-leading 31.2 Player Efficiency Rating.

This will conclude a four-game Western trip for Philadelphia, and will be the third home game in four nights for the Jazz.