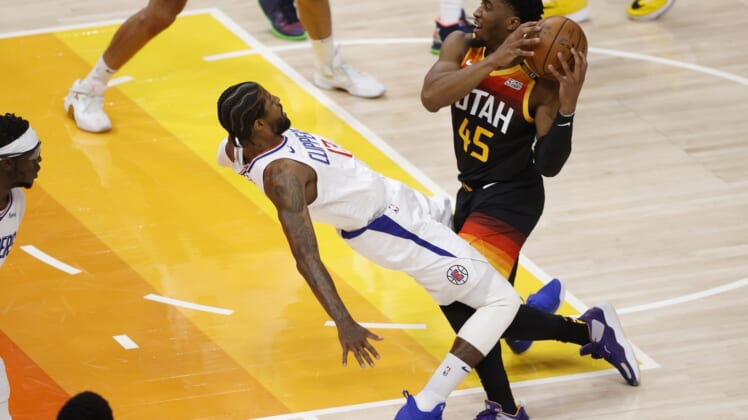 In the aftermath of the Utah’s exciting Game 1 victory over the Los Angeles Clippers on Tuesday night, Jazz coach Quin Snyder let everybody in on a little secret.

It looked like it in the first half, when Mitchell and the Jazz fell behind by double digits after missing 20 straight shots in a row at one point of the first quarter.

“I didn’t do a lot of things right for my team in the first half, and it ate at me,” Mitchell said.

Mitchell’s second-half performance, however, looked more like Michael Jordan’s “Flu Game” in the 1998 NBA Finals when His Airness lit up the Jazz in Salt Lake City despite feeling under the weather. Mitchell scored 32 of his 45 points in the second half, helping Utah turn a 13-point halftime deficit into a thrilling 112-109 series-opening win.

Thanks to the two-time All-Star’s offensive explosion — and their defense against Clippers stars Kawhi Leonard and Paul George — Utah heads into Thursday night’s Game 2 with a chance to hold serve at home in Salt Lake City. 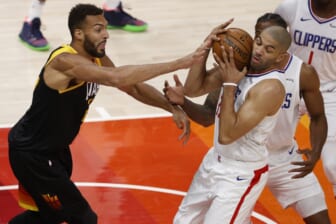 “I was definitely feeling (sick) a little bit, but sometimes you gotta dig into a deeper place,” Mitchell said. “I was getting my ass kicked in the first half. I was being lazy. … Came into halftime knowing I have to change that.”

Mitchell ended up tying Karl Malone, who was in attendance, for the most 40-point games in Jazz playoff history at four.

Mitchell scored the first 10 points of the second half for the Jazz, and continued to hit key 3-pointer after key driving layup after key free throw to boost a Utah team that was playing without All-Star point guard Mike Conley (strained right hamstring).

Even after the slow start, Mitchell hit 16 of 30 shots with six 3-pointers — hitting 11 of 17 shots in the second half — and added five assists, three rebounds, one steal and one blocked shot.

“It’s just amazing how mature he’s become this season. He was really reading the game,” Jazz forward Bojan Bogdanovic said. “We were missing great shots, and then in the third quarter, he took the game over.”

Mitchell was hard on himself about the first half, and for turning the ball over with 49 seconds remaining. That error played a part in the Clippers putting themselves in position to force overtime, despite trailing by 10 points earlier in the fourth quarter and by eight with just over a minute remaining in regulation.

He knows it is just one step of many, too.

Leonard, who finished with 23 points but struggled from the field along with George, credited the Jazz’s defense but also pointed out that the Clippers have room for improvement after a sluggish second half.

“We had a pretty good rhythm in the first half,” Leonard said. “We came in the third quarter pretty flat, but they are a good defensive team. They played hard tonight, they fought the whole game and they got the win.”

The Jazz were coming off five days rest, while the Clippers were forced into a seven-game series that concluded just two days earlier.

“It’s not an excuse,” George said. “We were lethargic.”