Phoenix Suns sharpshooter Devin Booker vetted himself as a full-fledged star in the first round of the playoffs, while Denver Nuggets big man Nikola Jokic reminded everyone why he is the favorite to win NBA MVP honors.

One of the two standouts is four wins away from reaching the Western Conference finals as the Suns and Nuggets prepare to battle in a second-round series that begins Monday night in Phoenix.

Third-seeded Denver knocked off the Portland Trail Blazers in six games in the opening round, while the second-seeded Suns ousted the defending NBA champion Los Angeles Lakers in six games. 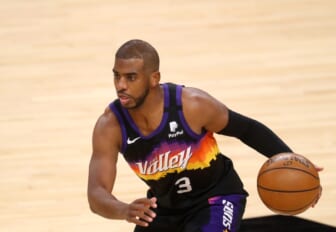 Phoenix won Game 5 of the series by 30 points and led the closing game by as many as 29 while finishing the series in dominating fashion.

“It certainly is cool to beat the defending champs, for sure,” Suns coach Monty Williams said. “But you can only hold onto that for so long, and now you have to move towards another worthy opponent.”

Booker averaged 29.7 points in the series and was hotter than lava in Game 6 when he went 8 of 10 from 3-point range and scored 47 points.

“I was just locked in, to be completely honest,” Booker said after Phoenix won its first playoff series since 2010. “We wanted to end it on their home court.” 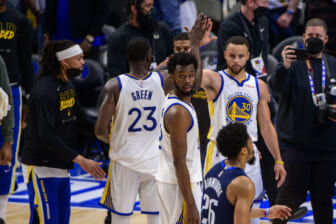 Jokic and the Nuggets appeared headed toward a Game 7 with the Trail Blazers when they trailed by 14 points in the third quarter of Game 6.

But Denver revved up its attack, and Portland wilted under the pressure. The Nuggets outscored the Trail Blazers 47-22 over the final 16 minutes, 53 seconds to record a 126-115 victory.

“Nobody can take the fight out of us,” Jokic said. “We will just go out there and fight and that’s what we have been doing. We’re never going to quit. Quit is not in our vocabulary.”

Denver’s fortunes certainly could have collapsed after standout guard Jamal Murray was lost to an ACL tear in his left knee on April 12. Athletic Will Barton also has been sidelined since April 23 due to a hamstring injury.

The prognosticators signaled that Denver’s chance of returning to the Western Conference finals for a second straight season were all but over when Murray went down. But the Nuggets ignored the chatter and have thrived without two members of their starting five.

“I love our team. I love every player in that locker room, one through 17,” Nuggets coach Michael Malone said. “We continue to find ways to win. Last year, this year, people don’t realize what we’re missing right now with injuries, so I couldn’t be more proud of a group of players that I truly love coaching every single day.”

Michael Porter Jr. has stepped up for the Nuggets. He scored 25 or more points on three occasions while averaging 18.8 points in the series against Portland.

Deandre Ayton will be a key player for the Suns as he will be matched up against Jokic, who averaged 25.7 points, 13.7 rebounds and 8.3 assists as Denver won two of the three regular-season meetings.

Phoenix also is still closely observing the right shoulder of floor leader Chris Paul. He injured it in Game 1 against the Lakers and aggravated it in Game 5.

Paul averaged 9.2 points and 7.7 assists against the Lakers. He reached double digits just once when he scored 18 points in Game 4.