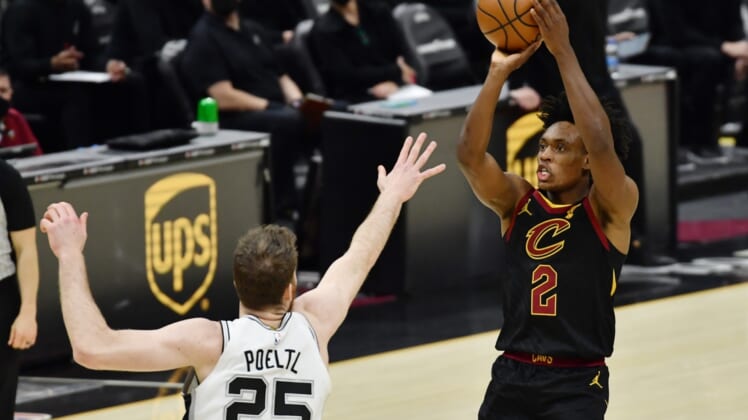 The Toronto Raptors have their full team back, and Sunday night they will try to regain their winning ways and end a seven-game losing streak when they visit the Cleveland Cavaliers.

OG Anunoby returned Friday after missing six games because of health and safety protocols to complete the return of absent players, but the Raptors lost 115-112 to the visiting Utah Jazz in Tampa.

Pascal Siakam, Fred VanVleet, Malachi Flynn and Patrick McCaw, each of whom missed at least five games, are back and available.

Siakam, who had 27 points and nine assists, just missed a last-second 3-point attempt that would have tied the game on Friday.

Siakam has taken a shot to win or tie a game in the final seconds four times this season and missed each time.

“I just think those things even out at some point, usually in a season they even out,” Raptors coach Nick Nurse said. “So we got a lot of evening out to do, which is good to look forward to.”

The last time the Raptors dropped seven in a row was Jan. 10-22, 2012, when they lost eight straight games.

The Raptors were frustrated by the disparity in free throws on Friday. The Jazz shot 41 free throws — 16 by Donovan Mitchell — to 14 for the Raptors.

“We were twice as aggressive, to me, as them,” Nurse said. “We were … moving faster, cutting harder, charging in further. We were twice the aggressor.”

VanVleet and Norman Powell scored 17 points each and Kyle Lowry added 14. Chris Boucher had 16 points off the bench.

Meanwhile, the Cavaliers could not overcome a slow start Friday and lost 116-110 to the visiting San Antonio Spurs. The Cavaliers have lost five of their past six games.

The Spurs scored the first seven points of the game and led 25-22 after the first quarter and 54-42 at halftime. Cleveland dropped to 2-20 when trailing after one quarter.

“We got off to a slow start. I’m not necessarily sure what the cause of it was,” Cavaliers coach J.B. Bickerstaff said. “But the message to the group was, ‘We don’t have the opportunity to ease our way into games. We’ve got to have that spirit for 48 minutes in order to give ourselves a chance.’ Credit to the Spurs, the way they play they make it difficult on you. But I thought there was an opportunity if we had competed the way we did in the fourth quarter for 48 [minutes].”

Darius Garland posted a career-high with 29 points on 8-of-16 shooting from the field. Collin Sexton also scored 29. Lamar Stevens had 15 points off the bench and grabbed 11 rebounds for his first career double-double.

The Raptors were 3-0 against the Cavaliers last season. Sunday is their first meeting this season.