Pressure is on Flames for Game 7 vs. Stars 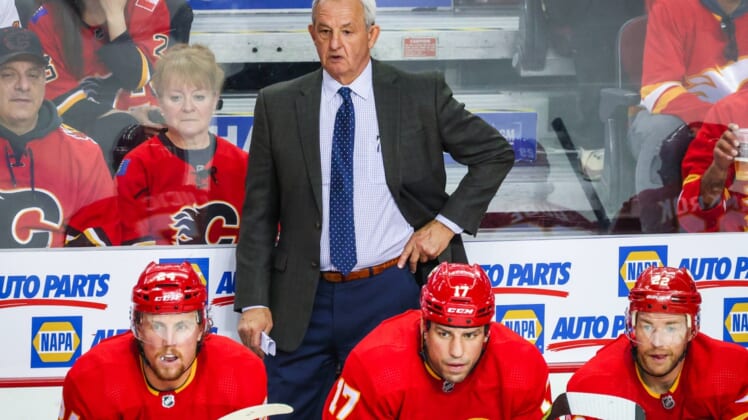 No matter how they want to spin it, the pressure is on the Calgary Flames heading into Sunday’s Game 7 clash versus the visiting Dallas Stars that will decide their Western Conference first-round series.

The Pacific Division-champion Flames finished 13 points ahead of the Stars, who clinched a wild-card spot with one game remaining in the season. The Flames were among NHL’s best offensively and defensively, while the Stars are the only playoff team to have scored fewer goals than they allowed during the season.

And then there’s the way the Flames had their chance to clinch the series on the road in Game 6, as Dallas broke a tense tie late in the second period and went on to win 4-2. That forced the trip back to Calgary for Game 7.

A franchise that has reached the second round only twice in its last eight playoff appearances, the Flames will be severely scrutinized if they lose.

“We’re ready,” Elias Lindholm said. “We knew coming into the series that Dallas is good team … but we’ve fought all year to have home ice in a Game 7.

What Calgary’s defense corps will look like for the tilt remains to be seen. Top-pairing defenseman Chris Tanev left Friday’s game in the second period following an awkward fall to the ice after which a Stars player landed on him.

Meanwhile, Nikita Zadorov had a hearing for an unpenalized hit to the head on Luke Glendening.

There was no update on Tanev’s status, although he was seen without a noticeable limp when the Flames arrived home on Saturday. As for the decision regarding Zadorov, Calgary coach Darryl Sutter said, “It was a hockey hit. I totally disagree there should be a hearing when there has been slew foots in this series.”

Sutter will coach his 11th career Game 7, the most in NHL history. He has a 7-3 record in his previous Game 7s.

Dallas is coming off is most complete performance of the series. Even though they squandered a 2-0 lead before pulling away, the Stars controlled much of the play, especially when the game was on the line in the third period.

“We have a confident group,” forward Joe Pavelski said. “It’s been a tight series. All the games have been tight, competitive, fun to play in, so yeah, I mean, we’re a group, we expect to go in and win, and I’m sure they do, too. We expect the game to be similar as the first six.”

After watching Calgary claim consecutive wins by overpowering them in the third period to take a 3-2 lead in the best-of-seven series, the Stars responded in a big way. They have an opportunity to deliver an upset special and eliminate the Flames for the second time in three seasons.

“I know we’re not supposed to still be playing, we’re supposed to be on a golf vacation right now, but that wasn’t our intention going in,” coach Rick Bowness said. “As I said right off the bat, we didn’t get into the playoffs to be somebody else’s steppingstone in the second round. Here we are going into a Game 7, and our guys deserve a lot of credit.”

Certainly, the Stars have earned plenty of respect for their play so far, especially with the way they — backstopped by goaltender Jake Oettinger — have kept the high-scoring Flames from making it a short series. Now, the test will be to see who can finish the job.