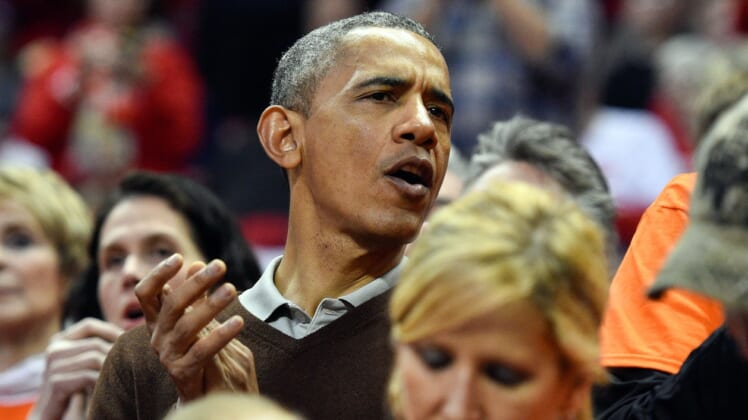 The Minnesota Timberwolves recently had the privilege of visiting the White House and President Barack Obama, who had a simple tip for the young squad.

“Yeah,” Rubio said with a grin (h/t Jerry Zgoda of the Star Tribune). “He said we’ve got to play better defense.”

The Timberwolves were in town on a two-day layover for a matchup against the Washington Wizards. They went on a 90 minute tour of the White House, during which time they spent some quality time with the Commander in Chief.

According to Zgoda, President Obama has done no small amount of scouting the T-Wolves. A basketball aficionado, he knew where every player on the team went to school and knew all their names. He also made quite an impression on last year’s All-Star Dunk Champion, Zach LaVine.

A fan of former Chicago Bulls head coach, Tom Thibodeau, Obama has taken a special interest in the Wolves now that the coach is manning the helm in Minnesota.

A defensive-oriented head coach, Thibodeau’s hard-nosed approach is still taking form. The Timberwolves aren’t the worst in the league at defending opposing offenses, but they still have a long ways to go before they resemble a Thibodeau-led team, ranking No. 17 in the NBA allowing 105 points per game.

Needless to say, President Obama’s message is well earned. If Minnesota can tighten up its defense during the second half of the year, then perhaps it will start to emerge from the West’s basement. For now, it is firmly entrenched as one of the NBA’s worst teams with a record of 11-25.