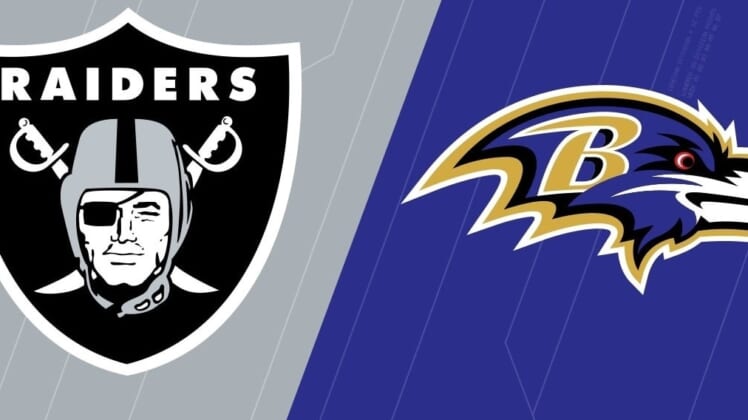 Each week the staff of the Las Vegas Raiders Report will give you our prediction for the final score of the Raiders game. With a staff full of former sports editors, sports writers, and gaming experts, here’s some informed picks for this week’s game vs. the Ravens.

Here’s Week 5 vs. the Ravens predictions from the Las Vegas Raiders Report staff:

Even without Derek Carr, the Raiders will bounce back at home from their two-game losing streak facing a Ravens team that is pretty much in disarray. Amari Cooper will actually start catching some passes this week, maybe even getting a touchdown or two.

Yes, the Quarterback God is not in the lineup for the Silver and Black. Despite this, I think Oakland’s young defense dominates the Ravens. I also think this is the week the Raiders running game finally takes flight. This will take pressure of EJ Manuel and give a more balanced attack in Carr’s absence.

It’s going to be an ugly turnover-rich game from Manuel, with Flacco and the Ravens winning the time of possession game and the contest overall. This might be the ugliest game of the year.

Go ahead – call me crazy. EJ Manuel will be efficient and use the tools he has to drive the ball down the field consistently against the depleted Ravens. Beast Mode will finally get fully on the rails and expect a support role by Jelan Richard to be the difference. Amari Cooper will grab his second TD catch of the season and the Black Hole will be happy.