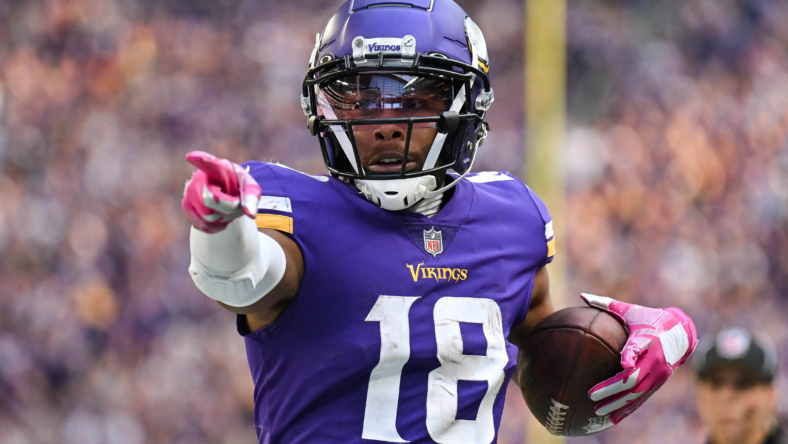 In the third and final Thanksgiving football game of the day, the New England Patriots head on the road to take on the Minnesota Vikings at U.S. Bank Stadium. The 8-2 Vikings are coming off getting roasted by the Dallas Cowboys in a 40-3 embarrassment. Meanwhile, the 6-4 Patriots have won three in a row but couldn’t even score a touchdown offensively in their latest victory.

We have two teams trending in opposite directions, yet both with their own fatal flaws. Many have suggested the Vikings are a ‘fluke’ contender, meaning they are not actually as good as their record shows. Whereas the Patriots have dealt with offensive turmoil all season long but have held on thanks to an excellent Bill Belichick defense.

Vikings coach Kevin O’Connell gets a chance to match wits with the coach who drafted him in New England, but only one of these two head coaches has ever won a Super Bowl ring as the lead decision-maker. Thursday gives us our latest chance to see which of these two teams will be more equipped for potential postseason play later in the year, but only one can emerge as the victor.

Knowing that football is unpredictable, here are four bold predictions for what we could see take place on Thursday night on NBC.

Some might feel the idea of Kirk Cousins throwing three interceptions to not be much of a bold prediction. Especially considering he’ll be taking on a Patriots defense that ranks fourth with 11 interceptions this season.

Yet, Cousins has only tossed three or more picks in six of his 130 career starts, one of which came in Week 2 against Philadelphia’s playmaking secondary. But Minnesota’s top weapon is Justin Jefferson. They’ll do whatever it takes to try and keep feeding their game-changing receiver the ball.

If the Vikings can’t get anything going on the ground, don’t be shocked if the Patriots get their hands on at least three of Captain Kirk’s passes on Thursday. 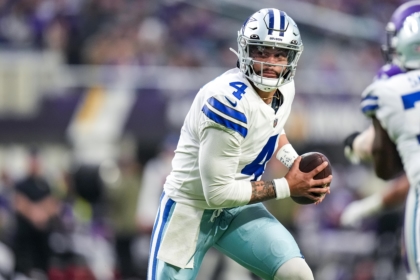 The NFL’s leading sack artist heading into Week 12, Matthew Judon, is in the midst of a fantastic season. Judon has recorded at least one sack in eight of his ten games played in 2022. Coming into the matchup with 13 sacks, don’t be surprised if the three-time Pro Bowl linebacker absolutely feasts on Thanksgiving.

With Minnesota’s highly-regarded left tackle Christian Darrisaw ruled out with a concussion, Judon will be licking his chops to pin his ears back and chase Cousins off the field. The QB is coming off getting sacked a career-worst seven times against Dallas but now facing the Patriots on just three days of rest, he hasn’t had much time to go back to the drawing board and make adjustments.

The Patriots have the NFL’s second-highest pressure rate, the second-most sacks in football, and the Vikings want to win through the air. It could be a complete mess if Minnesota doesn’t have a better plan in place to deal with Judon and Co.

We’ve all seen the memes since, and many still remember the game where Moss had an unforgettable performance in front of millions of tired football fans trying to sleep off their Thanksgiving feasts. It’s not often that a player needs just three catches to score three touchdowns, especially considering each play was a 50+ yard score. It was an incredible performance that helped put the future Hall of Famer on the map for good.

Justin Jefferson, who has more Pro Bowl votes thus far in 2022 than any other player, is already on the map. Unlike Moss, who accomplished his feat during his rookie season, Jefferson’s in year three, smashing past the records set by the former Viking.

Our bold prediction here is that Jefferson will manage to wow the world once again during the now-annual “John Madden Thanksgiving Celebration.” Jefferson may not knock us back with the same exact style, catching just three passes and blazing past everyone with three 50+ yard touchdowns, but we do think he has a chance to top the yardage total, and well, three touchdowns? Why not make it four? He’s Jefferson.

Our last bold prediction comes with some controversy. The New England offense isn’t cutting it, and most would pound their fist on the family dinner table, insisting Mac Jones is not the problem. While that very well may be true, the fact is, the Patriots aren’t getting it done offensively, and Jones is the leading actor.

New England enters the matchup ranked 31st in red zone scoring, and their defense is certainly strong enough to get them back to the playoffs for the second consecutive season under Jones’ leadership.

Yet, offensively, the Patriots scored just three points a week ago, taking on a respectable Jets defense ranked ninth in scoring. The Vikings’ defense, ranked 19th in scoring, isn’t as sharp.

If we see the Patriots’ defense doing its job, but their offense struggles, why not give Zappe another chance under center to see if he can spark a struggling unit?