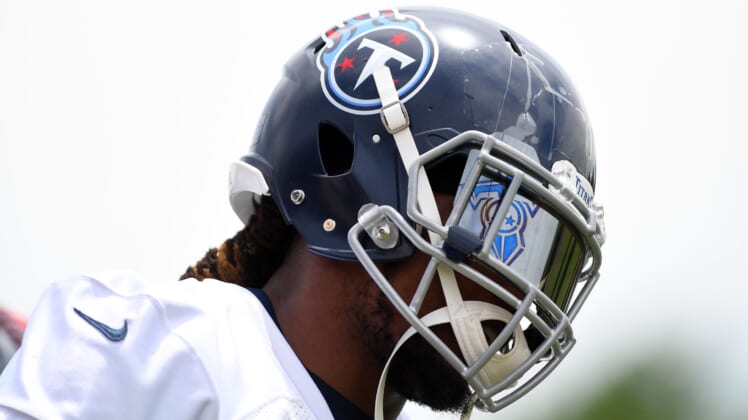 We previously looked at the 12 teams NFL fans can expect to make this playoffs this coming season.

Sadly for the fans of the following eight teams, the playoffs don’t seem to be in the cards. Now, let’s check in on the NFL teams we fully expect to finish in the cellar this coming season.

Ryan Fitzpatrick or Josh Rosen? That’s the biggest question for Miami heading into what could be a lost season in South Beach. Regardless of who is under center, this team isn’t talented enough to be competitive. While he continues to show flashes in the offseason, DeVante Parker has proven to be a bust at receiver. Is Kenyan Drake really a top-end back? On defense, the Dolphins made Xavien Howard the NFL’s highest-paid cornerback. Is he set to take a step back? These are major questions for Miami heading into the season. In a division boasting the defending champion Patriots and two other improved teams, that means a late-place finish.

One enigma was removed from Cincinnati this past offseason when head coach Marvin Lewis resigned. However, Andy Dalton remains after an injury-plagued 2018 season. He’s no longer a top-20 quarterback. Meanwhile, A.J. Green has taken a step back at receiver. On defense, the Bengals don’t have much outside of the aging Carlos Dunlap and Geno Atkins. Without an influx of young talent, a team that won just six games last season isn’t going to contend in the competitive AFC North. That’s magnified by the presence of a young first-year had coach in Zac Taylor who has never even held a coordinator job in the NFL.

Marcus Mariota. At some point, Tennessee will have to realize that the former No. 2 pick is not the answer. That could come during a make-or-break 2019 season. Mariota has tallied 24 touchdowns compared to 23 interceptions for the past two seasons. He’s holding this team back, and it’s going to lead to a last-place finish. That’s magnified by the lack of proven weapons on offense and a defense that boasts high-priced free-agent busts Logan Ryan and Malcolm Butler. Things are not pointing upward in Nashville.

Despite pretty much turning over their entire roster this offseason, the Raiders have not improved a great deal. Sure Antonio Brown is an upgrade at receiver. However, the additions of embattled veterans Richie Incognito and Vontaze Burfict don’t seem to mesh well with head coach Jon Gruden. On the field, Derek Carr struggled through a bad 2018 season. Rookie first-round pick, running back Josh Jacobs, has yet to sign. Fellow rookie, the overdrafted Clelin Ferrell, has a major task ahead of him to replace Khalil Mack. In short, Oakland’s final season in Northern California is not going to be pretty. That’s about as obvious as it gets.

Sorry to tell you, Redskins fans, Dwayne Haskins will not be the savior as a rookie in D.C. this season. He might be the future at that position. But there’s nothing on the Redskins’ offense that suggests he can succeed out of the gate. Derrius Guice is coming off a torn ACL while veteran running back Adrian Peterson might be on his last legs. Washington’s top returning wide receiver, Josh Doctson, recorded just 44 catches last season. On defense, Josh Norman continues to be a shell of his former self. Adding the overrated Landon Collins at safety isn’t going to help, either.

Is it possible that Matt Patricia could turn this thing around after a disastrous first season as Detroit’s head coach? Yes. It’s also possible that Carrie Underwood will dump her beau for this scribe. Sadly for the Lions, neither is happening. Matthew Stafford has maxed out at this stage of his career. He’s dealing with an unproven running back group and will have to ease rookie first-round pick, tight end T.J. Hockenson, into the mix. Meanwhile, Detroit’s overpay of defensive end Trey Flowers will do little to help a defense that finished in the middle of the pack last season. In what promises to be a really good NFC North, Detroit is behind the curve big time.

Is Bruce Arians an upgrade at head coach? Sure. Is he good enough to help Tampa out of the NFC South cellar? Nope. He’s looking to help James Winston rebound from a disastrous past couple seasons. He’ll be doing so without any real running back to speak of, and Tampa Bay moved on from DeSean Jackson and Adam Humphries at receiver. Defensively, the Buccaneers let all-time great defensive tackle Gerald McCoy walk. Who takes over the leadership role on that side of the ball? Rookie first-round pick, Devin White, might eventually be able to. But he’s as green as they come. Yeah, 2019 will not be a year of improvement in Tampa Bay.

The Cardinals might love Kyler Murray. He’s the reigning Heisman winner and will work under an innovative offensive mind in Kliff Kingsbury. Even then, Murray’s learning curve is going to be vast. That’s magnified by the recent struggles of running back David Johnson and Larry Fitzgerald’s regression at receiver. If that weren’t enough, star cornerback Patrick Peterson is suspended for the first six games of the season. In what promises to be an improved NFC West, these Cardinals are lagging behind big time.