Predicting the 8 most improved NFL offensive players in 2016

Various circumstances that included injuries or sub-par productivity caused some NFL players to finish their 2015 season with less-than-stellar numbers.

A couple of quarterbacks wound up sidelined while other players struggled physically or lacked team involvement.

Bound to overcome the obstacles they faced last year, the following eight NFL offensive players should be poised for much-improved seasons in 2016.

Not only should Bridgewater hopefully improve in 2016, he needs to improve to boost the Vikings 31st-ranked passing game.

On paper, Bridgewater boasts a mixed bag of stats since being drafted in 2014. He sports a commendable 17-11 win/loss record and has completed an average of 64.9 percent of his passes.

On the flip side, he has thrown only 28 touchdowns compared to 21 interceptions and has averaged just 212 passing yards per contest. His 2015 quarterback rating of 88.7 ranks him 22nd among last year’s passers.

In order to grow as a quarterback, Bridgewater simply cannot hand the ball off to Adrian Peterson, who averaged 20 carries per game last year. This season, he needs to increase his passing yards and touchdowns by taking advantage of tight end Kyle Rudolph as well as sophomore receiver Stefon Diggs and rookie Laquon Treadwell.

The Vikings didn’t spend their first round pick on Treadwell with the intent of keeping Bridgewater grounded. Rather, it was done to kick the passing game into high gear.

Lacy picked a bad season to plump up and lose his magical touch after the Packers lost Jordy Nelson to a season-ending ACL injury last August.

A poor 2015 campaign saw Lacy struggle to carry the offense when he managed only 758 rushing yards and three rushing touchdowns. Furthermore, his receiving yards dropped to only 188 from the 427 he tallied in his previous year. As a result of his drop-off in production, Lacy lost a few starts to fellow back James Starks.

To ramp up for 2016, Lacy has reportedly been shedding some weight and is training to get back to better physical condition. Only 26 years old with loads of talent and the ability to break tackles with his spin technique, Lacy should be poised for a major rebound this fall.

Furthermore, Lacy should be motivated more than ever step up his game considering he is entering a contract year.

Tate’s production as far as receiving yards dropped tremendously from 1,331 to 813 during his second season in Detroit.

Logically, we could assess that Tate will experience an uptick in action without Calvin Johnson on the scene. Last year, Megatron garnered 149 targets which he turned into 88 catches, 1,214 yards and nine touchdowns.

Marvin Jones has since joined the team, but he shouldn’t be near the threat that Johnson was as far as cutting into Tate’s workload.

With the Lions often playing from behind, there should be plenty of passes from quarterback Matthew Stafford coming Tate’s direction.

A 1,000-plus yard season is easily foreseeable, and if Tate can score double-digit touchdowns that would be icing on the cake. 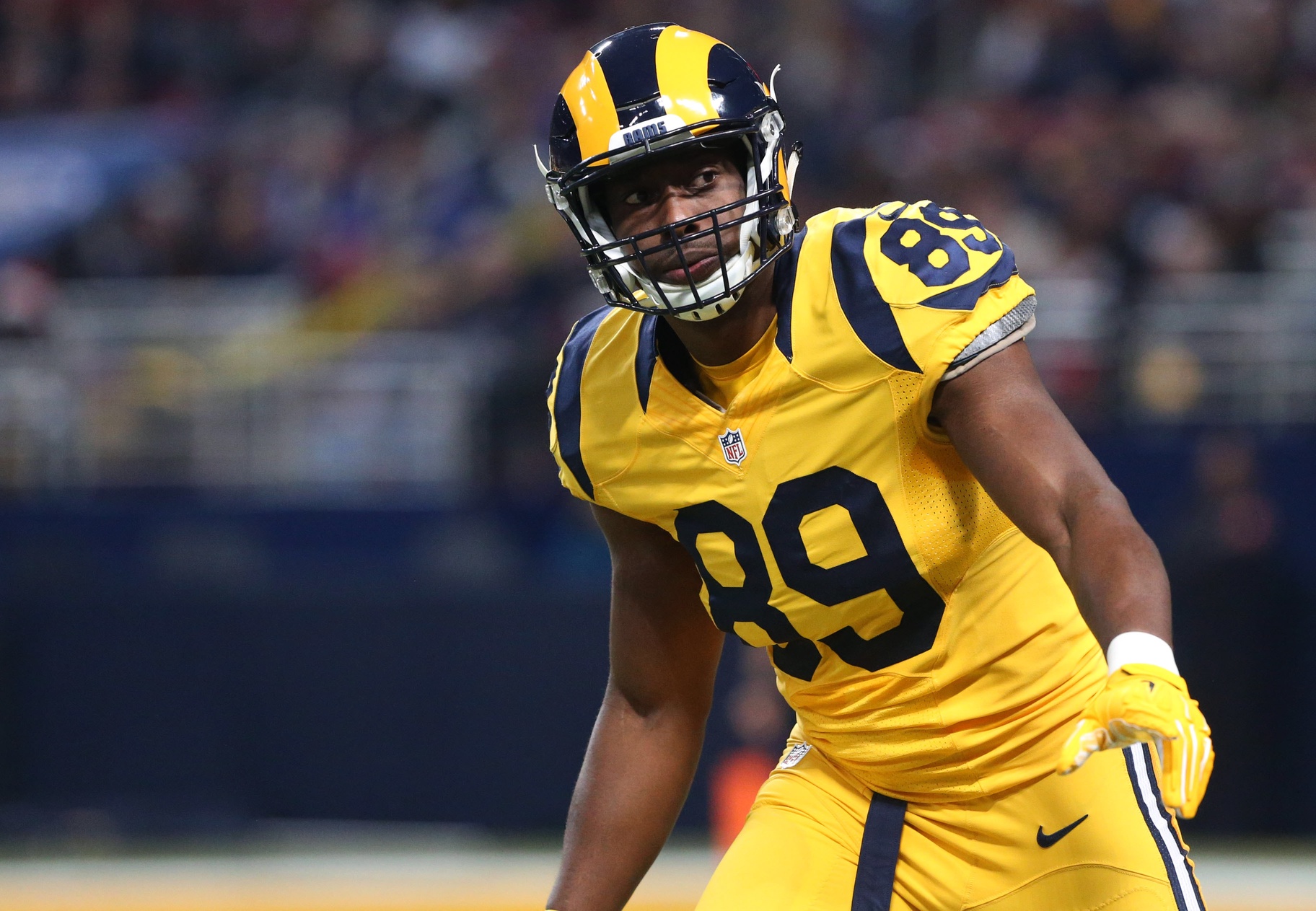 Perhaps all Cook needs to finally succeed in the NFL is to play with a decent quarterback.

After scoring a total of only 16 touchdowns throughout his seven-year NFL career, Cook will be primed for a revival with Aaron Rodgers pitching passes his way. According to a recent report, Cook will start ahead of fellow tight end Richard Rodgers this season when he can finally put his skills to the test.

This could be a make it or break it year for the 29 year-old tight end. With Rodgers attempting an average of 21 passes per game last year, Cook’s catch-rate should increase from the lowly 52 percent he managed in 2015. Plus, it would seem highly unlikely Cook will match the goose egg he laid in touchdown catches last year.

Poor Romo got the short end of the stick twice last season after he sustained two collarbone breaks within a matter of only a couple of months. His injuries were a definite gut punch to the Cowboys after the quarterback completed a career-high 69.9 percent of his passes and helped lead the team to the postseason in 2014.

As a result of Romo’s unfortunate season, the Cowboys won only one game of the 12 he sat out last year. Reportedly, he is healing wonderfully and all signs point towards a healthy comeback in 2016.

We must note Romo completed 68.6 percent of his passes and managed three wins versus one loss in his four starts in 2015, which bodes well for a fresh start. He will also have a healthy Dez Bryant returning and talented rookie running back to help alleviate pressure in the pocket.

Provided Romo’s health prevails, he stands a good chance to pick up from where he left off in 2014.

Logic would stand to show that if Romo returns in full health then naturally Bryant will follow in suit with a more productive season.

Bryant broke some bones in his foot that caused him to miss seven games last season. But when he returned, he noticeably was not in full form. This is partially due to the horrendous circus of quarterbacks he had to play with sans Romo.

The Cowboys also revealed that their star wideout wasn’t exactly in the most pristine of physical shape either (more on that here).

Assuming Bryant follows the advice of the team that paid him big bucks last year, he should return more physically fit and back to producing elite stats.

With the exception of 2015, Bryant has posted no less than 1,233 yards and 12 touchdowns in any of his three prior seasons.

Since Luck was drafted in 2012, he and the Colts have been in cruise mode dominating the AFC South. Luck posted a career-high 4,761 yards and 40 touchdowns in 2014.

Then, everything came crashing down. Luck dealt with multiple injuries and admitted that he didn’t play his best football when he was on the field in seven games in 2015. A lacerated kidney finally sidelined Luck for the remainder of the season.

Needless to say, the Colts didn’t win the division. However, by recently making Luck the highest paid player in the NFL, the Colts obviously have faith that their quarterback will rebound this year and save the team.

It is worth noting that when Luck did play last year he completed only 55.3 percent of his passes and coughed up a horrible 12 interceptions compared to only 15 touchdowns. If he can stay healthy, he should be one of the most improved offensive players by the end of the 2016 season.

There really isn’t much for Gordon to do but go up in 2016. After scoring zero touchdowns and rushing for a total of only 641 yards at a paltry 3.5 yards per tote, Gordon must improve from a dumpster fire rookie campaign.

Despite Gordon’s performance, the team still has him listed as No. 1 on the depth chart. Surely, he can get back on course and produce after having ample opportunity to practice and correct many mistakes that hampered him last fall.

Plus we must remember that the Chargers were constantly battling from behind last year. Quarterback Philip Rivers attempted a ridiculous 41 passes per contest, so there really was not a whole lot of opportunity for Gordon to evolve in the ground game.

It was not that long ago that Gordon rushed for 2,587 yards, scored 29 touchdowns at Wisconsin and received the second-most Heisman Trophy votes in 2014.

The Chargers will give Gordon every chance to improve the team’s run game this year.