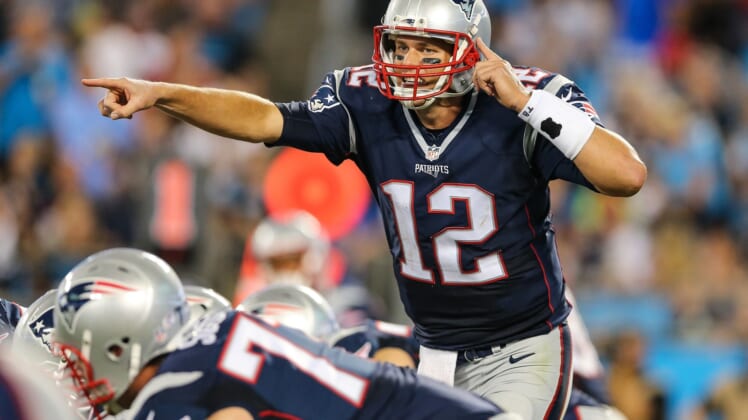 We are down to four teams left standing in the NFL postseason. The New England Patriots will host the Jacksonville Jaguars and the Minnesota Vikings will travel to take on the Philadelphia Eagles for the NFL Conference Championship Games this weekend.

We have to assume the Jags are prepared to pull tricks out of their hats to foil the league’s No. 1 passer from 2017. Tom Brady awaits a tough test of his abilities. Perhaps the future Hall of Fame quarterback deals Jacksonville some challenges of his own.

Who would have ever predicted that two quarterbacks former head coach Jeff Fisher worked with would battle for the NFC title? Both Case Keenum and Nick Foles face two of the top-ranked defenses from 2017. Will the underdog Eagles find a way to prevail?

By the end of Sunday’s action, we will know which two teams will play in Super Bowl LII. But in the meantime, here are our stud and dud predictions for the Conference Championship Games.

Fournette was an absolute monster last week, rushing for 109 yards and three touchdowns on 25 carries. We are going to predict he rolls again against the Patriots this weekend. In 2017, the Patriots gave up a massive 4.7 yards per carry. That New England defense will have trouble stopping Fournette, who should see at least as much work as he received his last game. The Jags simply can’t trust quarterback Blake Bortles to operate a flawless offense without a lot of help from his star running back. 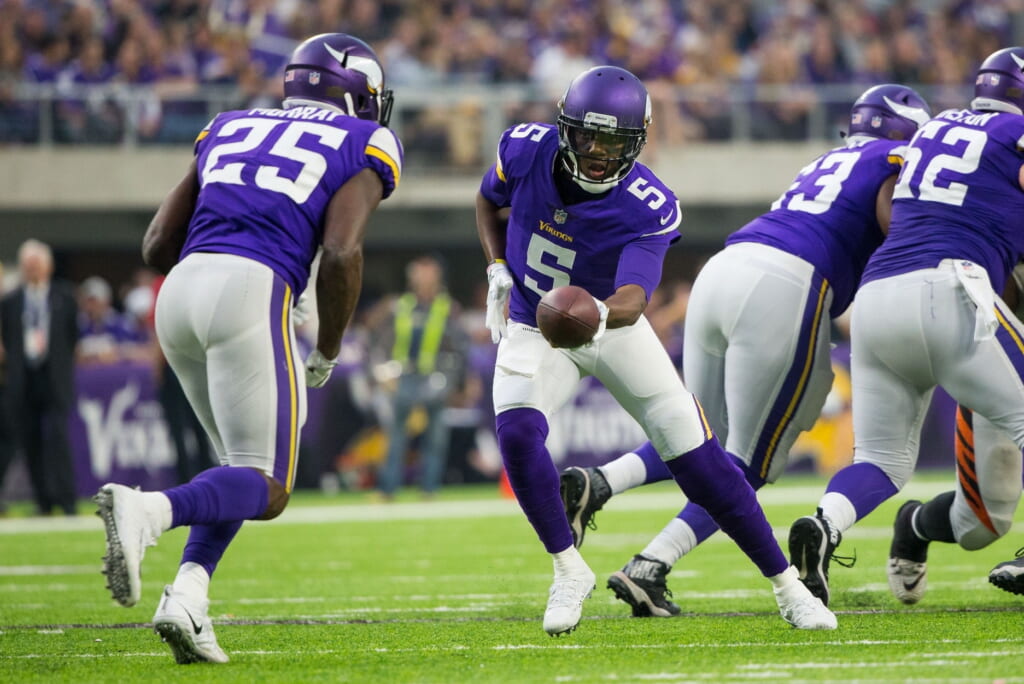 Murray scored early last week in the Divisional Playoffs, but overall he struggled to gain yardage. He managed an uninspiring 2.6 yards per carry, and the same gloom may follow him to Philadelphia. The Eagles denied ground yards last week when they held Atlanta Falcons running back Devonta Freeman to seven yards on 10 carries. In all, Philly’s defense allowed only 86 rushing yards and zero touchdowns. We wish Murray luck playing and scoring against a defense that gave up only six running back rushing touchdowns in all of 2017.

The GOAT did not disappoint when he passed for 337 yards and three touchdowns in the Divisional Round. Brady is in postseason form to the max, and that should continue in the AFC Championship Game against the Jaguars. He will be up against a Jags defense that just ceded 469 passing yards and five touchdowns to Pittsburgh Steelers quarterback Ben Roethlisberger. The Steelers lost, but Big Ben’s performance was stunning nevertheless. Brady stands to follow suit in a big way and he has the weapons on offense to make it happen.

We apologize in advance, Eagles fans. But Jeffery’s matchup against the Vikings defense is going to be scary. For Jeffery to make a big impact, Foles will need to get him the ball. Though, this will not be easy for Jeffery, who will likely facing coverage from cornerback Xavier Rhodes. Rhodes could easily neutralize any efforts between Jeffery and Foles. If it’s not Rhodes tripping things up for Jeffery, it will be the other strong defensive backs causing misery. Jeffery is playing a defense that gave up a league-low 13 receiving touchdowns in 2017.

Speaking of defenses, Sendejo is coming off of a marvelous performance after recording four tackles, two defended passes and one interception against the New Orleans Saints last weekend. After making life miserable quarterback Drew Brees, imagine the havoc Sendejo will create for the aforementioned Foles. It could be devastating. Foles failed to throw a touchdown last week and Sendejo looks to play a role in what could be another scoreless passing game for the Eagles. Perhaps Sendejo even adds a second playoff interception to his stats this weekend. 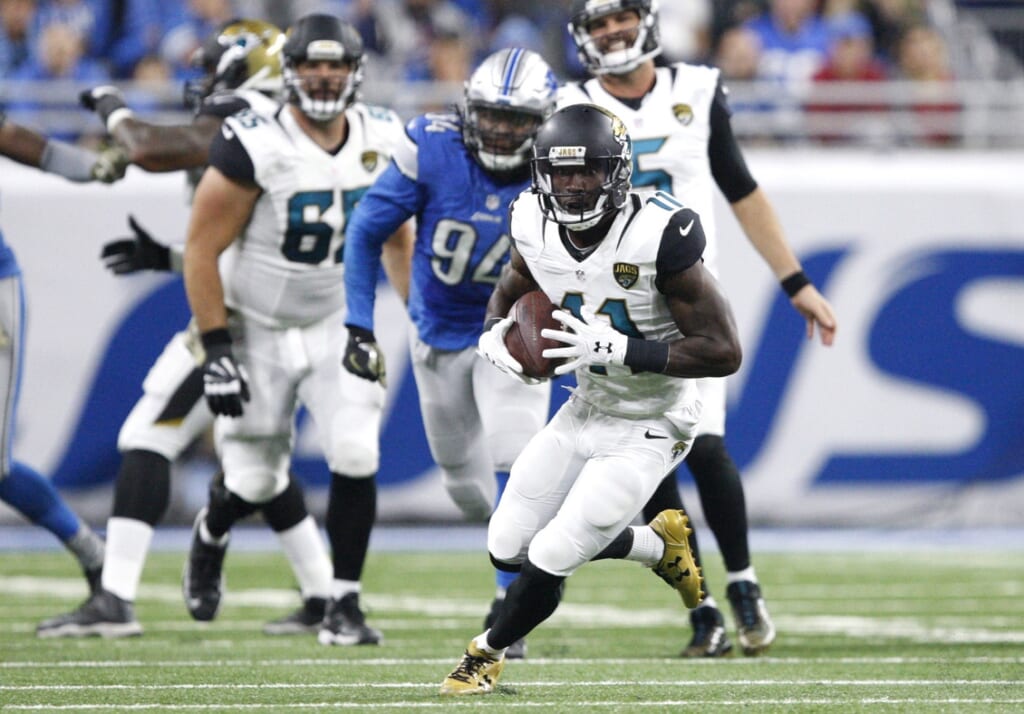 We highlighted Fournette as the guy who looks to make big waves against the Patriots this week. Which means Lee, as well as the Jags other wide receivers, could be left out in the cold. Lee has been a major disappointment in both playoff games so far. He has managed only three catches from seven total targets for a measly 28 yards. Even against a suspect Patriots secondary, we really cannot expect Lee and Bortles to connect for any huge plays.

Nobody feels the pressure of the job more than a kicker when a game-deciding field goal could save the day. Playing against the toughest defense in the league, Elliott will surely be leaned on if the Eagles fall short of scoring touchdowns this weekend. We watched the Eagles offense sputter in its last game, but Elliott made nine points worth of field goals contributing to the team’s total 15 points. Therefore, it would not be surprising to see Elliott attempt one or two 50-plus yarders in what easily might be a defensive slug fest this Sunday.

Amendola was the apple of Brady’s eye when he caught 11 of his 13 targets for 112 yards against the Tennessee Titans last week. Though, we do not foresee a huge game for him this time around against the Jaguars. Brady spreads the ball around way too much on a weekly basis to ever predict who will be the top pass catcher. Interestingly enough, it might just be Amendola’s teammate, Brandin Cooks, who has the grand day. The Jags just allowed the Steelers’ top receiver Antonio Brown to get away with 132 yards and two touchdowns made on seven catches. Amendola may ride in the backseat this week.