Predicting Madden ratings for the top player at each position

The latest release in the Madden video game franchise is set for August 17. On July 26, EA Sports starts revealing their Madden NFL 22 player ratings. With that, every year a few players publicly express their disappointment with their latest Madden rating snub, while others use it as motivation.

The 99 Club is an exclusive group of the best in the game, how many will this year’s game feature? We predict which player will be the top-rated at their position, as well as their overall Madden ratings. 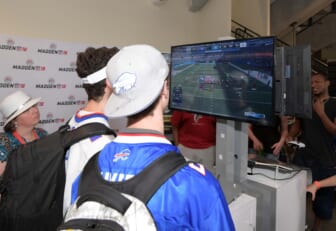 The superstar triumvirate of Patrick Mahomes, Tom Brady, and Aaron Rodgers should headline the Madden 99 Club. But it’s unlikely they will be. Despite more individual success from Brady and Rodgers only Mahomes finished the season with a 99. In fairness, all three should be 99s.

A legend at trucking defenders both in real life and in Madden, Derrick Henry is a strong bet to start with a 99 overall in the newest version of the football video game. 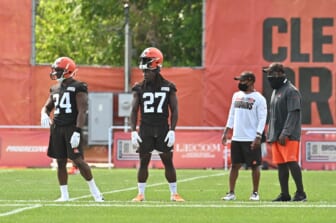 Also Read:
Ranking the best 8 running back groups in the NFL: Who’s No. 1?

There isn’t a better fullback in the NFL today than Kyle Juszczyk, yet he finished with an 87 in the final roster update. Maybe he starts a bit higher to set him apart from the rest.

Widely considered the three best wide receivers in the game, it wouldn’t surprise anyone if Davante Adams, Stefon Diggs, and DeAndre Hopkins started with a 99 in Madden NFL 22.

In the last roster update for Madden NFL 21, Kansas City Chiefs star Travis Kelce was a member of the 99 Club, I wouldn’t imagine that will change over the offseason.

Recently seen chugging beers at the NBA playoffs, David Bakhtiari should receive a stronger rating, but he will likely stay close to the same 96 rating he was at throughout the entirety of Madden NFL 21.

Regarded as one of the best offensive linemen in football, Quenton Nelson is a beast. Still just 25, he’s showing no signs of slowing down. Achieving a 99 overall in Madden must be tough for players who don’t touch the ball, I can’t imagine what Nelson could improve on but he was just a 95 last season.

Philadelphia Eagles center Jason Kelce may be the best at his position, but he’s entering a season where he turns 34. Finishing as a 93, it’s possible Kelce slips a few points to start the year.

Despite playing just 10 games last season for the Dallas Cowboys, Zack Martin kept a high rating all year. Martin should start again with the same 98 he ended with. 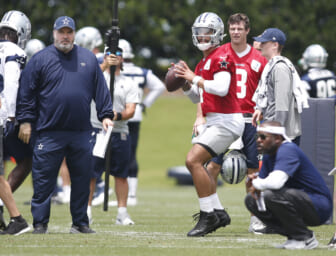 Though he may finish the season with a 99 Madden rating, Myles Garrett may not begin the year that high. Whether Garrett’s Madden position is listed as left end or right end is unknown. Typically, they list him as an RE. J.J. Watt would be the next-best up, possibly coming in around a 94.

The Philadelphia Eagles have one of the best D-linemen in football with Fletcher Cox. It wouldn’t be surprising to see him be the top-rated DT once again.

A three-time Defensive Player of the Year, Aaron Donald is a monster on the gridiron. A future Hall of Famer, Donald will have a 99, no doubt about it. Otherwise, Madden ratings are officially broken. 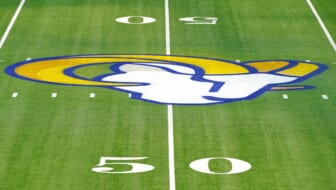 After leading the NFL with 15 sacks last season, T.J. Watt really just solidified his already strong status as an elite player. Chicago Bears star Khalil Mack could also challenge to be the top-rated player at this position.

Edging out Fred Warner — who just signed a monster contract extension with the San Francisco 49ers — Seattle Seahawks linebacker Bobby Wagner is as good as it gets roaming the middle. Staying at a 95 seems reasonable.

Right outside linebacker is the weakest position in Madden. Myles Jack of the Jacksonville Jaguars is the leading candidate to be the highest-rated, coming in around an 85.

While Stephon Gilmore may be unsure of his status with the New England Patriots in real life, that shouldn’t affect his rating in a video game. Last season Gilmore finished with a 99, so he should pick back up where he left off in Madden NFL 22. 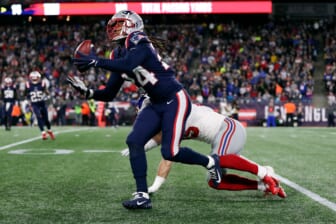 Also Read:
Stephon Gilmore expects this to happen amid contract stalemate with Patriots

Devin McCourty wrapped up the last version of Madden as the best free safety, but we’re expecting the Denver Broncos’ Justin Simmons to take that title this year.

After playing so well, Tyrann Mathieu has established himself among the game’s best. The Honey Badger will likely receive the best rating among safeties, because he does so much for the Chiefs on the back end.

There’s no question the best kicker in football is Justin Tucker. End of story. But kicking is tough, and there have been a few mistakes lately from him. Don’t expect Tucker to be the Madden ratings stalwart of years past, but he should still lead the pack for kickers.

Over the years, Johnny Hekker has displayed his skills in various ways on the football field, even as an occasional passer on trick plays. He’ll likely be the top-rated punter again.

Tyreek Hill, or Cheetah, as his Twitter handle suggests, is an avid Madden gamer. He also happens to be a dominant kick and punt returner, though the Chiefs have held him back from those duties since his emergence as their No. 1 wideout. He’ll likely still carry a 99 when it comes to being a kick returner in Madden NFL 22.