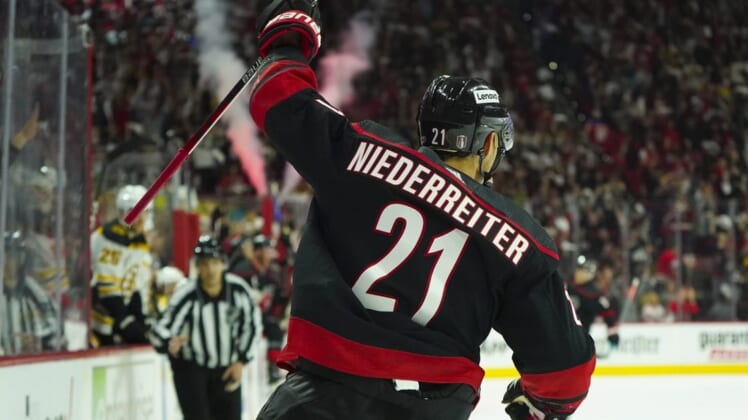 Niederreiter, 29, tallied 44 points (24 goals, 20 assists) for the Hurricanes in 2021-22, his fourth season in Carolina. Niederreiter finished the season as Carolina’s third-leading goal scorer and had the fifth-most points among forwards.

Niederreiter is the latest in a slew of moves by the Predators, who have traded for Ryan McDonagh, extended Filip Forsberg, and signed Kevin Lankinen and Jeremy Lauzon. They also extended coach John Hynes for two more years.

The Predators made the Stanley Cup playoffs but were swept by the eventual champion Colorado Avalanche in the first round.