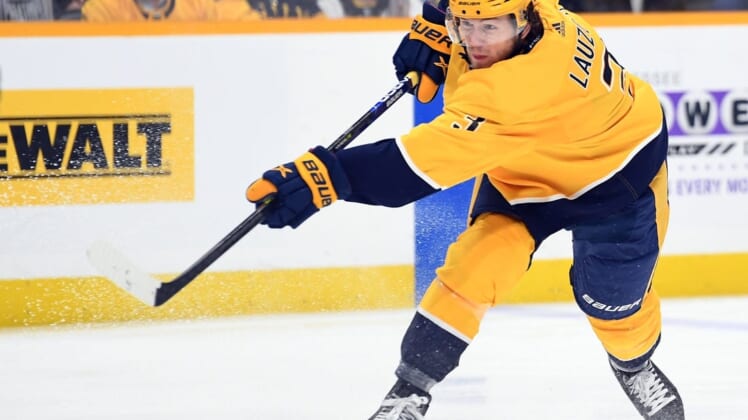 Lauzon, 25, joined the Predators in a trade with the Seattle Kraken at the 2022 trade deadline.

In 13 games in Nashville, he scored one goal.

“When we acquired Jeremy back in March, we felt he was a player with a bright future who would help solidify our blueline moving forward, so we are excited to have him remain with the Predators,” general manager David Poile said Monday in a news release. “Jeremy jumped right into our lineup with his physical style of play and fits the identity that we like to bring each night. At just 25 years old, he’s helped us further reach our goal of getting younger.”

Originally a second-round draft pick by Boston in 2015, Lauzon played for the Bruins (2018-21) before joining the expansion Kraken. In 142 career games, he has tallied 18 points (five goals, 13 assists) and 152 penalty minutes.

“I am thankful and fortunate to stay with this city and the Predators for the next few years,” Lauzon said. “As a defenseman who likes to play with physicality, I love the identity our team brings each game, and knew this was a group I would fit in with right away.”